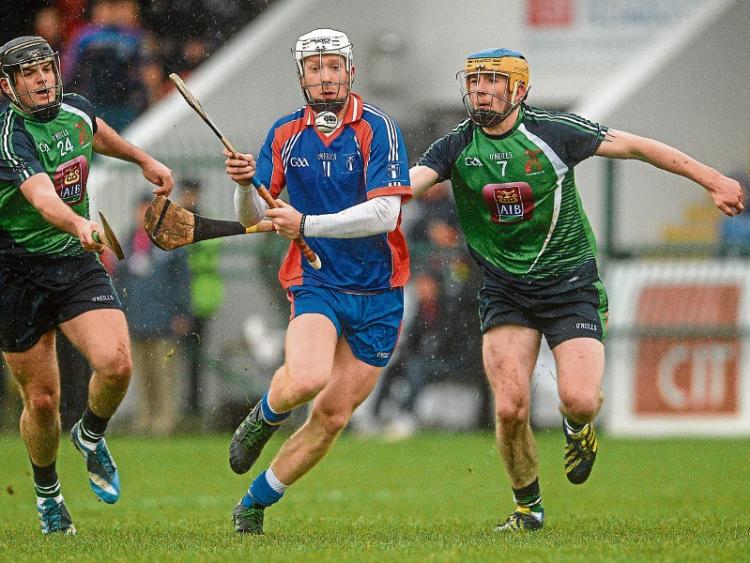 MARY I will play Limerick rivals UL in Saturday’s Fitzgibbon Cup final after an 0-11 to 0-9 win over LIT in Cork on Friday afternoon.

Apart from the opening minutes after Alan Dempsey put LIT into an early lead, Mary I led for the entire game. But they were made to endure a nervous final few minutes as Davy Fitzgerald’s side looked to upset the favourites.

Played in tough condition in the Cork IT GAA grounds, there were nine Limerick players on display. Mary I had five players with Limerick senior experience – Declan Hannon, Cian Lynch, David Reidy, Richie English and Darragh O’Donovan. For LIT, the Dempsey brothers, Alan and David, linked up with Diarmaid Byrnes and Niall Maher.

Alan Dempsey gave LIT the lead in the opening minute but points from Clare’s Colm Glavin, Tipp’s Niall O’Meara and O’Donovan free had Mary I 0-3 to 0-1 up after seven minutes.

Scores were hard to come by in that opening half and we had to wait quarter of an hour before the umpires had to wave a flag again – Clare’s Oisin O’Brien on the mark for LIT.

Mary I hit back with three in a row though – frees from Hannon and O’Donovan and one from play from Reidy – before a Peter Duggan free for LIT left Mary I 0-6 to 0-3 up at the break.

Diarmaid Byrnes and Hannon swapped frees early in the second half and that was a trend that was to continue, although there was ten scoreless minutes again before Hannnon and Tipp senior Ronan Maher stretched Mary I’s lead to 0-9 to 0-5.

Galway’s Paul Killeen reduced it to three but Hannon replied again to leave four in it with over 11 minutes to play. But then it was LIT’s turn to put a run of scores together. Byrnes, Duggan and Byrnes again pointed frees to leave just one between them but Hannon was to have the last say as his fifth free of the game got Mary I over the line.

They now play UL in the final on Saturday at 3pm, a game that will be shown live on TG4. It will be Mary I’s second final in four years – a big achievement given they only joined the top tier of third level hurling four years ago.

The sides already met in the group stages of this year’s competion when UL had a 5-15 to 3-14 win.