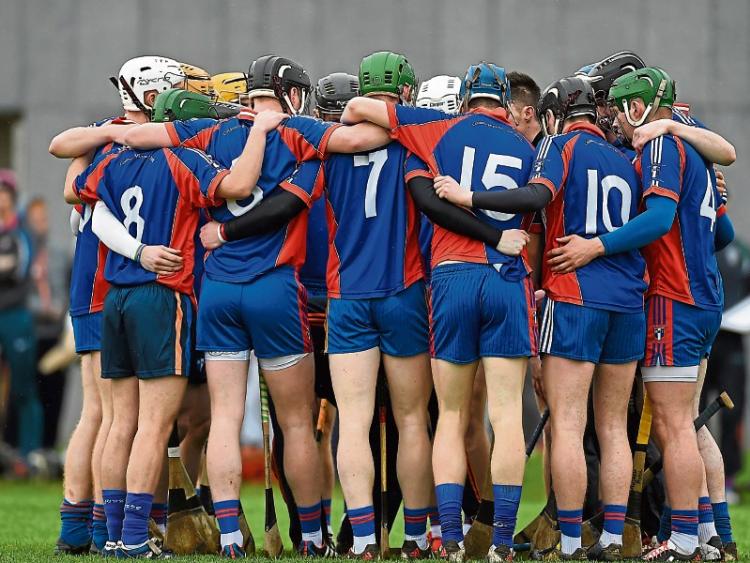 STORY SO FAR:Round 1 -UL 0-20 DIT 0-14 Brian Lohan’s side started their title defence with a six point victory over Dublin IT. Trailing 0-10 to 0-7 at half time, UL fought back and secured the opening round win at Parnell’s GAA Grounds. Round 2 - UL 5-15 Mary I 3-14. A thrilling Limerick derby saw the two local colleges share eight goals at Mary I. Goals from Tommy Heffernan (2), Jason Forde, and Limerick duo Pat Ryan and Kevin O’Brien helped UL secure the vital win. Round 3 -NUIG 0-16 UL 0-15. Despite defeat in the final round of the group phase, UL still qualified for the quarter-final. Quarter-final - UL 2-19 CIT 3-11. A brace of goals from Kevin O’Brien ensured that UL’s title defence stayed on course after a tricky away trip to Cork. Kilmallock’s Robbie Hanley was introduced as a first half substitute for the Cork college but couldn’t help his side to victory.

LIMERICK INVOLVEMENT:Mike Casey, Gearoid Hegarty, Tom Morrisssey and Kevin O’Brien all started in the quarter-final win over CIT, while Pat Ryan was introduced as a substitute. All-Ireland U-21 winning goalkeeper David McCarthy is also on the panel as is Liam O’Sullivan. Bruff’s Sean Finn misses out through injury.

WHO ELSE HAVE THEY? Tipperary duo Jason Forde and Tommy Heffernan are always good to keep the scoreboard ticking. Another Tipp man John McGrath is also key for UL as is Clare’s Cathal McInerney.

MANAGEMENT TEAM: Clare legend Brian Lohan is the manager of the UL side looking to win back-to-back Fitzgibbon Cup titles

THEY SAY:“As defending champions other teams are trying to knock you off your perch,” GAA Development Officer Deirdre Murphy said this week. “But every year is different at third-level, you lose players like David McInerney and Daire Quinn but you get new ones like Mike Casey and Tom Morrissey who came into the set-up (this year)”.

ODDS: UL are 2/5 to avenge the defeat the footballers suffered at the hands of UCD in last weekend’s Sigerson Cup semi-final. 11/8 favourites for the Cup.

STORY SO FAR: Round 1 - LIT 4-16 Maynooth University 0-10. Goals from Diarmaid Byrnes, David Reidy, Peter Duggan and Paul Killeen helped Davy Fitzgerald’s side ease to victory over the Kildare college. Round 2 - LIT 0-18 UCD 1-14: Once again, Byrnes was instrumental for the Moylish college as they made it two wins from two to put one foot in the quarter-finals. Round 3 - LIT 2-15 UCC 1-14. LIT became the only Limerick side to finish the group with a 100 percent record with an impressive victory to knock-out the 38-time champions. Goals from David Dempsey as well as Peter Duggan saw Davy’s charges reach the last eight unscathed. Quarter-final: LIT 0-16 WIT 0-8: LIT’s double scores victory over WIT set up a mouth-watering semi-final with Mary I. Leading 0-8 to 0-5 at the change of ends, they pushed on in the second half.

LIMERICK INVOLVEMENT: Diarmaid Byrnes is a key player for LIT who also have Dempsey’s Alan and David, who both returned to action after helping Na Piarsaigh overcome Ourlart-The Ballagh in the All-Ireland club semi-final. Doon’s Niall Maher is also a probable starter for LIT.

WHO ELSE HAVE THEY? Cathal Barrett of Tipperary and Clare duo Jamie Shanahan and Peter Duggan are key players for LIT. Laois’ Joe Campion is also a huge threat when he is on form.

MANAGEMENT TEAM:Clare boss Davy Fitzgerald is still at the helm at LIT for the 2015/16 campaign.

THEY SAY: LIT and Clare manager Davy Fitzgerald is delighted that his side have reached the last four once again telling reporters after the quarter-final win over WIT: “For a small college like us that’s phenomenal. We have nine or ten (finals weekends) got to in the last 13 or 14 years, that’s fantastic”.

ODDS: 4/1 third favourites to win the competition, according to the bookmakers and 7/4 outsiders in the semi-final.

STORY SO FAR: Round 1 -Mary I 1-16 NUIG 0-13. Adare’s Declan Hannon was the scorer-in chief with 1-9 as Mary I got their campaign off to a perfect start. Round 2 - UL 5-15 Mary I 3-14. Defeat in the eight-goal thriller would have frustrated Mary I as any time they looked like mounting a come-back, they conceded a goal. Hannon hit the net twice. Round 3 - Mary I 1-20 DIT 0-5. An 18-point victory was enough to give Mary I top spot in the group after they were much too good for DIT. Once again, Hannon top-scored with 0-9 and Darragh O’Donovan and Cian Lynch notched 0-5 to 0-2 respectively in the victory. Quarter-final - Mary I 2-25 GMIT 0-10. Leading 1-18 to no score at the break, the victory proved, if nothing else, why it is worthwhile to top the group to make the road to finals weekend that bit more straightforward.

LIMERICK INVOLVEMENT: Mary I boost Declan Hannon, David Reidy, Cian Lynch Darragh O’Donovan and Richie English in their ranks. English is solid at the back while the other four pose a scoring threat whenever they get possession of the sliotar with an ability to create a goal chance out of nothing as Hannon proved against UL.

WHO ELSE HAVE THEY? Like UL, Mary I’s other key players come from Tipp and Clare. Colm Galvin from the Banner county is a key figure in the side as are the Premier duo of Ronan Maher and Stephen Cahill.

MANAGEMENT TEAM: Former Limerick boss Eamon Cregan is at the helm with current senior player Gavin O’Mahony on the management team as well.

THEY SAY:Despite a big win in the quarter-finals, Eamon Cregan wasn’t content with his charges: “That second-half performance was way below par, it should never have happened. If we want to win it we need to be ruthless,” he said after the 21 point quarter-final win.

ODDS: The teacher training college are 13/8 to win the competition outright, and 4/7 to beat LIT.

STORY SO FAR: Round 1 - UCD2-12 UCC 0-13. Goals from Dublin's Oisin O’Rourke and Colm Cronin helped Nicky English’s side get the win.

Round 2 - LIT 0-18 UCD 1-14. A goal from Kilkenny attacker James Maher wasn’t enough as a strong second half performance saw LIT over-come UCD. Round 3 - UCD 1-13 Maynooth University 0-10. UCD booked their quarter-final at Belfield, but Maynooth made them work to grind out a six-point victory. Quarter-final - UCD 1-17 IT Carlow 1-16. UCD needed extra-time to get past the Carlow side after a 1-10 to 0-13 draw after 60 minutes. A Colm Cronin goal was the key score which gave Nicky English’s side a place in the finals weekend.

LIMERICK INVOLVEMENT:No locals on the UCD side that will compete at the weekend.

WHO ELSE HAVE THEY?Oisin O’Rourke from Kilmacud Crokes has been their main scorer throughout the campaign. UCD also have four of the Cuala side who won the Dublin SHC in 2015.

THEY SAY: “We have to do our best, we know we are up against it, the Limerick teams are hugely talented,” said Nicky English aftertheir win over Carlow

ODDS: Outsiders at 13/2, UCD the men from the capital are 9/4 to beat UL in the semi-final