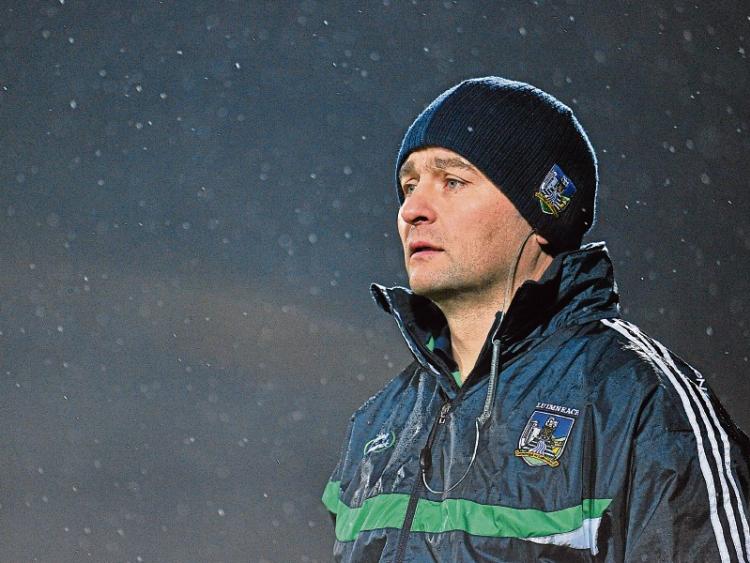 LIMERICK hurling manager TJ Ryan said he wasn’t happy with Limerick’s display in Sunday’s 1-19 to 1-15 win over Kerry in Killarney.

The wet and breezy afternoon didn’t hide his dissatisfaction against the Division 1B minnows, especially after the expectations raised by their comprehensive opening round victory over Wexford eight

“Conditions were hard. The position at half-time was fair enough and the wind probably got stronger as the game wore on. There was one stage when Nicky (Quaid) could hardly puck the ball out. It’s gale force as you can see here now. But, look, it was the same for them.”

There were also the Fitzgibbon Cup demands on many of his players. “We saw a couple of tired guys out there today. But the Fitzgibbon will be out of the way after next weekend.”

“A win is a win. And it puts us in a good position. But I wouldn’t be happy with the performance. I expected more.”

He felt most of his team’s difficulties were self-inflicted. “I thought a lot of the downfalls were of our own making. We made a lot of mistakes. Poor decision-making. We weren’t sharp at the breakdown.”

Ryan was critical of how Limerick allowed Kerry to set the tone of the contest. “They dictated the game. We played at their level. The only positive was that we won.”

He was happy with his side’s first-half display which yielded an 11-point lead. “We knew the breeze was worth seven or eight points and that was how it panned out. Even though they got the break, the

Two wins out of two leave Limerick still on course for promotion and the Garryspillane man expressed relief of getting the Kerry hurdle out of the way before he concentrates on facing Offaly in a Tullamore on Sunday week.

“We were expected to win. We did. We are in a good position in the league. We move on to the next game against Offaly but the performance needs to be upped. This one won’t be good enough. Maybe it’s the sharpener we need to stay focussed because the next game becomes the most important one now.”