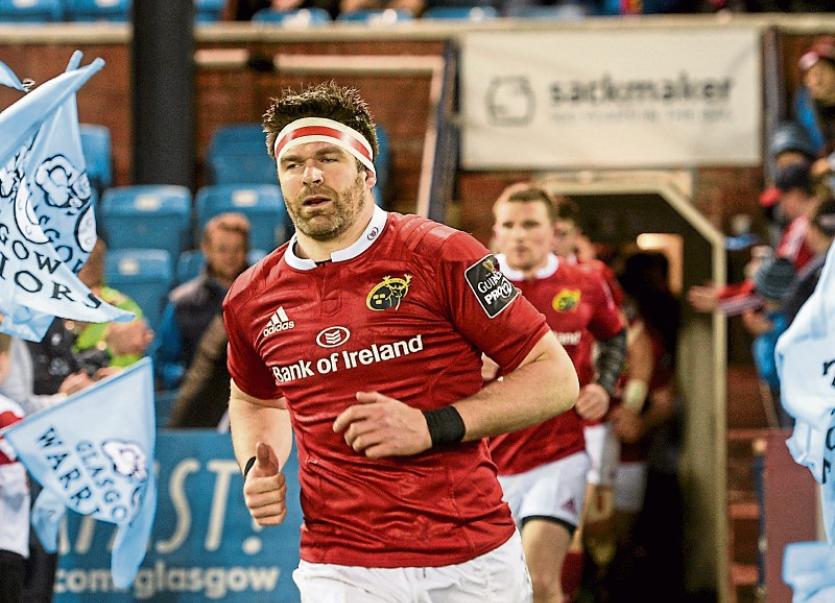 MUNSTER captain Billy Holland said he was “absolutely gutted” after his side were beaten 27-24 by Glasgow on Friday night.

Munster’s second loss in six days sees them drop to seventh in the Guinness Pro12 table and Holland said they weren’t happy with coming away with just a losing bonus point.

“We came here today looking for four points,” he said afterwards. “We wanted four points, nothing less. Yeah we got a losing bonus point but we’re not happy with that. We felt we could have won it.”

Munster were 14-0 down after just seven minutes but recovered to lead 17-14 at the break after Dave Kilcoyne went over twice and Ian Keatley added seven points off the tee. And despite going 22-17 down midway through the second half, a Mike Sherry try and a wonderful Keatley conversion had them 24-22 up entering the final 15 minutes.

But two Munster sin-binnings – to Tomas O’Leary and James Cronin – were to prove crucial as Glasgow stormed back again and got a try bonus when Glenn Bryce was sent clear in the corner and they held on for a 27-24 win.

“We got an awful start,” said Holland, who admitted that the two yellow cards had a big impact. “Coming over here to play a team like that and to be down to 14 men for half the second half was going to be very difficult.”