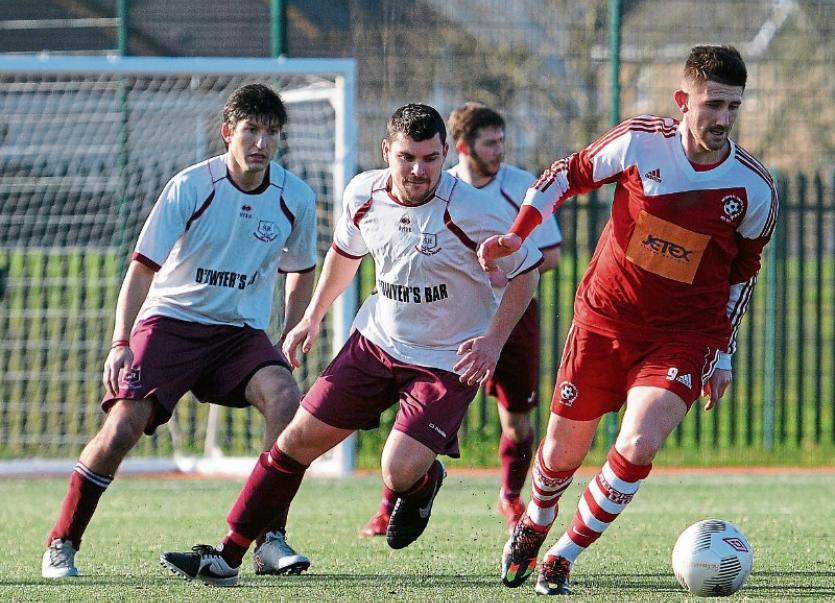 FOLLOWING the success of Limerick sides in the Munster Junior Cup last weekend, it is the turn of Pike Rovers this Sunday to try make it through to the quarter-finals of the provincial tournament when they host Dungarvan.

The Waterford side lost home advantage last weekend when their pitch was unplayable so Pike will be installed favourites to progress.

Dungarvan beat Wilton 7-1 in the last round to set up Sunday's game but Pike Rovers are buzzing after an excellent performance that saw them beat Clonmel Celtic 4-0 last time out and a repeat performance would be enough to see them through.

The Lawson Cup promises the best of the local action this weekend with a couple of all Premier games on offer.

Janesboro, fresh from their annihilation of Carrigtohill in the Munster Junior Cup on Sunday, have home advantage against a Mungret Regional side who picked up a welcome point on Sunday in a 1-1 draw with Aisling.

‘Boro were frightening last weekend albeit against a nine man opposition. Aaron Nunan, Shane Clarke and Co, are in top form and are sure to give the Mungret defence a few sleepless nights coming up to the tie.

Another all Premier tie is Aisling Annacotty v Carew Park in Annacotty.

Carew Park suffered FAI Cup disappointment last weekend when going down 3-1 to Rivervalley in Dublin. They will need an immediate bounce back to get their season back on track.

They meet an Aisling side who will be disappointed to have left a lead slip in their draw with Mungret on Sunday last.

Moyross had a superb win in the Munster Junior on Sunday and will be keen to keep their winning run going. They will be strong favourites to see off Ballylanders.

Fairview Rangers, another to side to successfully negotiate a Munster Junior Cup win on Sunday, come back to earth with a home tie against a sticky Caherconlish XI.

The County side scored an impressive 4-1 win over high flying Newport in their most recent outing and will relish the chance to test themselves against Premier opposition.

There is one game down for decision in the Premier League with struggling Summerville Rvs chasing much needed comfort in their home clash with Geraldines. The Ballinacurra side gave a good account of themselves before going down 2-0 to leaders Regional United last weekend.

Geraldines have also been going through a transition and the home side are hopeful they can take something from the game.

Top game in Division 1A sees second placed Newport hosting fellow Tipperary side and leaders Nenagh. Kilmallock will be hoping to take advantage of any slip up by closing the gap with a win over Knockainey while Corbally Utd host Murroe.