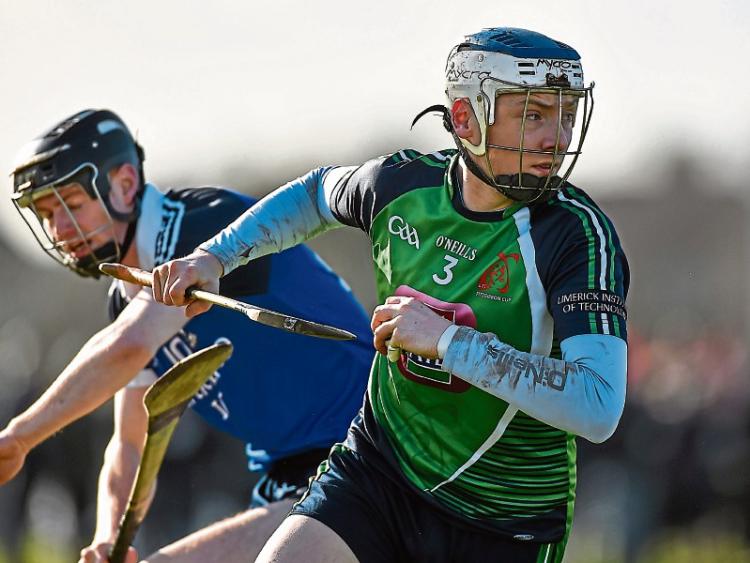 LIT booked their place in the Fitzgibbon Cup quarter-final thanks to a 0-16 to 0-8 win over Waterford IT on Wednesday afternoon.

Although they kept in touch for most of the first half, Waterford IT’s Fitzgibbon Cup campaign was ended by Davy Fitzgerald’s LIT side on Wednesday afternoon.

The Limerick college were always in control in the second half with the wind at the backs and a man up to set up a semi-final meeting with Mary Immaculate College in Cork next Friday.

Outstanding displays from Diarmaid Byrnes and Willie Ryan in LIT’s defence laid the foundation and long balls into Clare’s Peter Duggan and Na Piarsaigh’s David Dempsey was too much for the visitors to handle.

Waterford started with the aid of the breeze but it was the Limerick side that scored first - with Peter Duggan and Na Piarsaigh’s David Dempsey pointing before Shane McNulty and Tom Fox (free) replied for the visitors.

Duggan hit back with a free for LIT and have could have goaled after 15 minutes only to see his rasping shot skim over the bar. Dempsey’s second and a long-range free from Diarmaid Byrnes put LIT four clear before Tipperary’s Joe O’Dwyer, from play and from a free, responded for Waterford.

However, WIT’s revival was cut short when Waterford senior star Austin Gleeson was shown a straight red card for a will pull on LIT defender Oisin O’Brien of Clare.

Duggan pointed from the resulting free and another a minute later before McNulty replied under pressure to leave it 0-8 to 0-5 to LIT at the break.

Waterford tried hard early in the second half but LIT’s numerical advantage soon began to tell. Eoin McGrath and Johnny Hayes traded points with a couple of long-range Diarmaid Byrnes frees and the home side then strung together five unanswered points from Byrnes (two frees), Michael O’Malley, David Reidy and Tipp’s Cathal Barrett to settle the game

Peter Duggan added his fifth near the end before a Johnny Hayes free for Waterford brought proceedings to an end.

SCORERS - Limerick IT: Peter Duggan and Diarmaid Byrnes (all frees) 0-5 each, David Dempsey 0-3, Cathal Barrett, David Reidy and Michael O’Malley 0-1 each; Waterford IT: Johnny Hayes (both frees), Joe O’Dwyer (one free) and Shane McNulty 0-2 each, Tom Fox (free) and Eoin McGrath 0-1 each