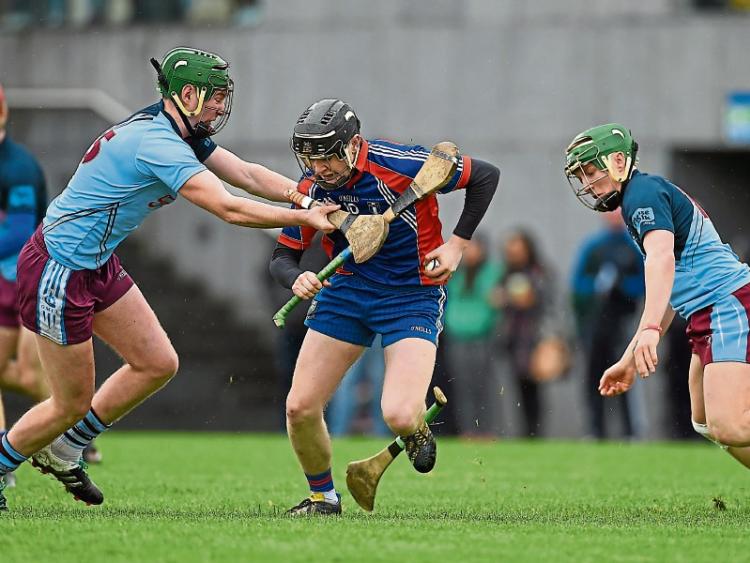 It was all so easy for Mary Immaculate College as they strolled to a 2-26 to 0-10 win over GMIT on Tuesday in Limerick.

Starting off with the breeze and the rain behind them, they had the game sewn by the sixteenth minute when Declan Hannon bagged his side’s first goal and opened an eleven point lead over opponents GMIT who failed to raise a flag of any kind before the break.

With a lineout studded with inter-county players, the Limerick college had the edge in almost every one-on-one despite lining out without Clare’s Darragh Corry and Doon’s county men Richie English and Darragh O’Donovan. Indeed, such was their dominance by half-time that they could afford to withdraw Declan Hannon, Colm Galvin, Cian Lynch and Ronan Maher and still match their opponents despite playing into the elements.

The Galway/Mayo side tried to contain early on but a lineup composed almost entirely of Galway club players just lacked the technique and conditioning in too many positions to mount a serious challenge. Matters did improve in the second half as they struck their first two scores within forty seconds of the resumption but, by then, Mary I had already moved down from top gear.

Stephen Cahill and David Reidy had Mary I off the mark inside a minute and a continuous onslaught saw Hannon tack on two from play and a free before James Barrett’s diving save denied Lynch an opening goal. Dan Nevin’s free, GMIT’s first shot on the posts, drifted wide before Barrett stopped Niall O’Meara up at the other end but the hosts kept plugging away as Hannon’s free and Galvin widened the gap.

Hannon’s goal on the burst off O’Meara’s handpass was followed by his free, Lynch, Seán Linnane, O’Meara, another Hannon free and Reidy as Mary I mixed the scores with the wides. The strike rate dropped slightly coming up to the break before Mikey O’Neill, Galvin, Hannon’s free and O’Meara brought their tally to 1-18 without reply.

The visitors gave it a lash on the restart as Davy Conroy and Conor Gardiner broke the ice but Mary I settled for Linnane to reply and O’Neill to send over a pair of frees in response to Joe Mooney. A spurt of two Nevin frees either side of Darragh Burke and a third in reply to Linnane added some respectability to GMIT’s tally but the souufle collapsed when Reidy goaled off Linnane’s pass and Cahill added a point.

Going through the closing rites, Alan Ward and Brendan Toohey were met by Séamus Kennedy before Conroy and Linnane closed off with the final exchange.