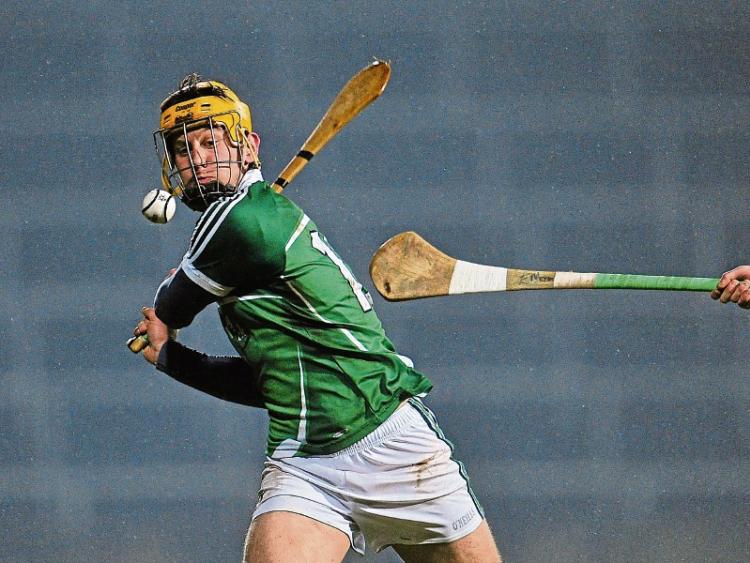 THREE young Limerick hurlers could face the prospect of playing 11 games in a month, bringing the issue of player burnout very much to the fore once again.

Tom Morrissey (Ahane) and Richie English and Darragh O’Donovan (both Doon) all played for the Limerick hurlers in the Allianz Hurling League win over Wexford on Saturday night, before then playing against each other in the Limerick U-21 championship on Sunday.

English and O’Donovan are on the Mary Immaculate College team that are play GMIT in the Fitzgibbon Cup quarter-final on Tuesday afternoon while Morrissey is on the UL team that will play Cork IT in their quarter-final on Wednesday.

And with the Limerick colleges expected to progress to the final weekend of the Fitzgibbon Cup they could have a semi-final and final of the competition next week, February 26 and 27.

Cian Lynch could well have an almost identical workload but was red-carded for both Mary I and Patrickswell U-21s, meaning suspension ruled him out of one game for both teams.

For some of Na Piarsaigh’s young players, it’s only been slightly less intense over the past couple of weeks. Michael Casey played in two of UL’s Fitzgibbon Cup group games, his club’s All Ireland club semi-final win over Oulart-the-Ballagh and the club have since played two U-21 championship games.

David Dempsey played one group game for LIT in the Fitzgibbon Cup, the game against Oulart-the-Ballagh and two club U-21 championship games. Peter Casey has played senior club, U-21 club and Harty Cup with Ardscoil Ris in the last couple of weeks.

But arguably the player with the busiest recent playing schedule is St Patrick’s Gearoid Hegarty, who played five games in a hectic ten-day spell at the start of February. Hegarty is on the Limerick senior football team, the UL Sigerson Cup team that has reached the semi-final of that competition for the first time in 19 years and the UL Fitzgibbon Cup team.

Although taken off at half-time of UL’s win over Mary I in the Fitzgibbon Cup group game and rested for the game against NUI Galway he still had a very heavy workload. On Thursday, January 28, he played for UL in their Fitzgibbon Cup game away to DIT; on Sunday, January 31, he played for the Limerick senior footballers against Tipperary in the Allianz Football League; on Tuesday, February 2, in the Sigerson Cup for UL against IT Tralee; on Thursday, February 4, in the Fitzgibbon Cup for UL against Mary I and on Sunday, February 7 for the Limerick footballers against Longford.

The past week has been somewhat quieter for him: rested for that game against NUI Galway and then a full game on Thursday, February 11, against Queens in the Sigerson Cup quarter-final. Although part of the Limerick senior hurling squad, he has yet to feature for TJ Ryan’s side and wasn’t used in the win over Wexford.

This week it cranks back up for Hegarty – and he’ll clock up the miles as well as the game time.

On Wednesday night UL are away to IT Cork in the Fitzgibbon Cup quarter-final and then on Friday he has the semi-final of the Sigerson Cup against UCD in Belfast. Should UL upset the odds and win that game, then he’ll have the final of that competition on Saturday while if UL advance to Fitzgibbon Cup finals weekend, then he’ll have a semi-final on Friday week, February 26, and a possible final on the day after.

And if he gets through all of that, then the Limerick footballers play Clare in the third round of Division 3 on Sunday, February 28

In total, Hegarty’s list of fixtures could rise to 13 between January 28 and February 28.