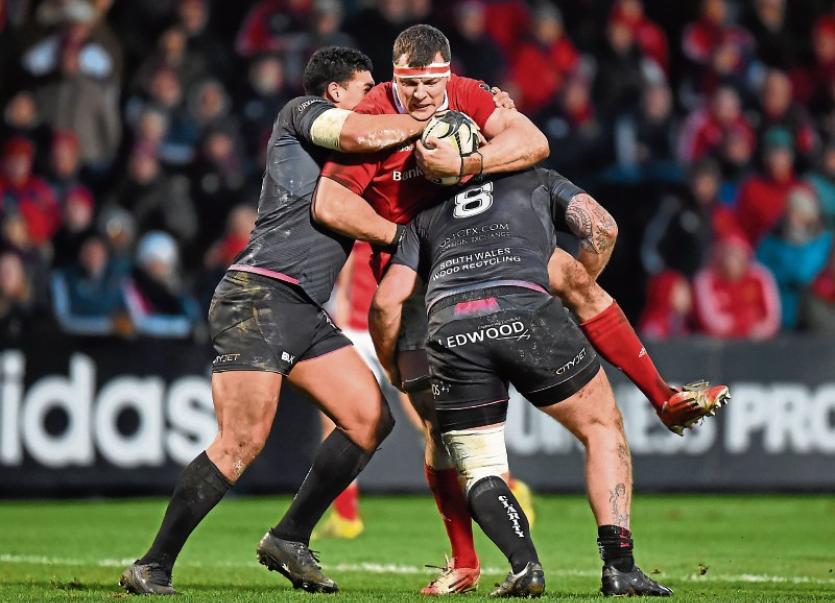 MUNSTER head coach Anthony Foley cut a frustrated figure as he tried to come to terms with his side’s first defeat at Musgrave Park in more than three years last night.

Foley said: “It is very frustrating. Obviously you get to 17-10 ahead – even leading 12-10 at half-time having played into a stiff breeze – I thought the boys had played really well.

“You hope maybe we will kick on and maybe get another try. Then you end up with one point rather than five points. That is the way the game flowed. There was a period after we went 17-10 up when we didn’t get a break, maybe that’s through ourselves or through others.

”It was about making sure we got a grip of the game and we never seemed to grasp it. There was one or two occasions where we lost control of the ball and didn’t execute what we were aiming to do so some of it was in our own hands.

“Everybody ahead of us won this weekend, Connacht, Ulster and Leinster winning  so it was important we win tonight and we got one point out of the game.

"For me the position we had worked ourselves into, in patches of the game I thought the boys played well and didn’t get what they deserved out of it.”