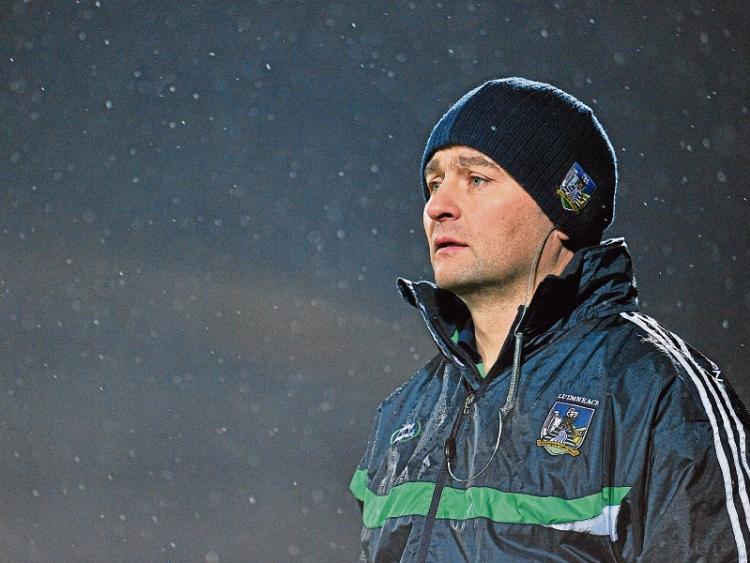 LIMERICK hurling manager insists that his side will promotion push will be taken one game at a time.

On Saturday evening Limerick won an opening round game in the Allianz Hurling League for the first time in three seasons.

“Today is a stepping stone and the focus will immediately switch to next week,” said the Limerick manager after the 2-23 to 0-15 win over Wexford in the Gaelic Grounds.

”Early results in previous years might just have taken some of the energy out of us so to win tonight was important. We had set this out from early on as a really important game and wanted to put down a marker.

"I am very happy to get off to a winning start but this game is done and dusted now and next week becomes the most important game for us. All the Fitzgibbon Cup lads play again during the week so we will try and manage all those and keep the guys fresh and use our squad. We are happy tonight but it is only a start,” said the Limerick manager.

Next up is the Ciaran Carey managed and Mark Foley coached Kerry and the Limerick manager is adamant that his side will be focused.

”Job done and a good start. It’s a positive start and on to next week,” said TJ Ryan after the Division 1B round one win.

”We go to Kerry next week and that becomes the most important game for is.”

”This (Wexford) was a tricky tie and was in our calendar for a while and our focus has been on it because we wanted to get this league in Division 1B off with a win. This opening game has caused us some problems so it was important for us and it was a pressure game so I am delighted with the lads and with the win. Its on to next week now.”

Limerick are second favourites for promotion and all on Shannonside would be hoping that Limerick could go to Ennis in the final round for a winner-takes-all contest with Clare.

But along the way Limerick have to be professional and efficient and Ryan is well aware that Limerick have met hiccups in previous years.

“There are certainly items we need to work on but we will take the positives out of the game and the most important positive was to win the game,” said Ryan after the 14-point win.

”This was a tricky tie and was in our calendar for a while and our focus has been on it because we wanted to get this league in Division 1B off with a win. This opening game has caused us some problems so it was important for us and it was a pressure game so I am delighted with the lads and with the win.”

”16-points in the first half was good scoring and we probably had a couple of chances to get even a bit more. We started well when we played with the breeze. From Wexford’s point of view its a long trek up and we thought they might be vulnerable at the start and we went after them. We certainly would have been happy at half time and certainly happy now with the result.”

”We had to go down to Wexford last year and its a long trek down and it does take its toll and with it on a Saturday evening and them coming up we felt maybe it would be a factor and that we would go at them early on. 16-4 at half time was good with a good spread of scorers and we were moving the ball quite well. At the start of the second half there were definitely things that need to be tidied up.”

”Wexford came into the game and they moved Shore up centre forward and he was pulling off Diarmaid Byrnes and causing a few problems - it’s very hard to dominate a team for a full 70-minutes,” outlined Ryan.

”The experience off the bench (Graeme Mulcahy and Seanie Tobin) helps because they all got scores. The panel we feel is definitely getting stronger and will get stronger with more to come. We lost Sean Finn (cruciate ligament) during the week, which was a killer blow to  us all and he had been doing really well and James Ryan is out for a couple of weeks and then we have the Na Piarsaigh guys to come back as well.”

Another issue, is the Fitzgibbon Cup.

”We have 13 guys playing Fitzgibbon and they play again during the week so that is a heavy schedule and touch wood they all come through ok.”