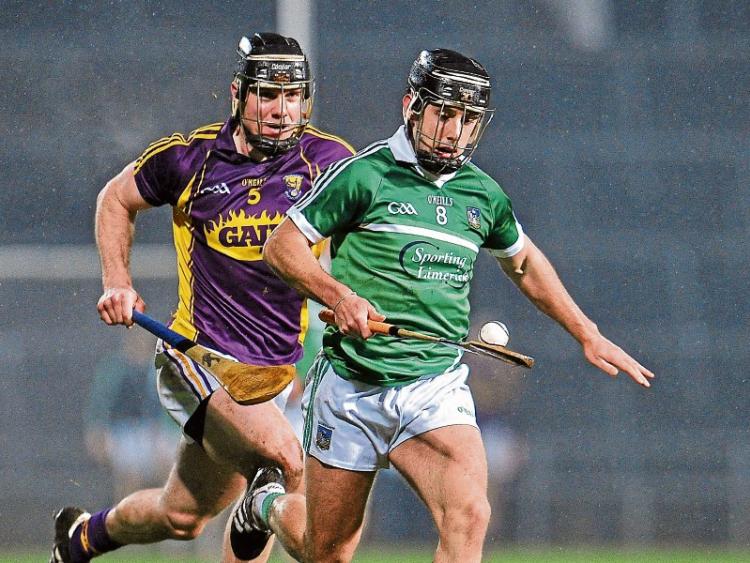 THE Limerick hurlers opened their 2016 Allianz Hurling League with a 2-23 to 0-15 win over Wexford.

Limerick laid the foundations for the Division 1B win in the first half when a 0-16 to 0-4 lead was built in the Gaelic Grounds.

In front of 2359 in Limerick, the second half was much more competitive until a 49th minute goal from Graeme Mulcahy settled any nerves.

From the throw in, TJ Ryan’s side set a pace that visitors couldn’t match.

Playing nice crisp hurling with some diagonal balls into attack, the scores flowed.

Paul Browne and John Fitzgibbon led the way from midfield with Browne hitting four points from play in the opening 35-minutes and Fitzgibbon also notching a score.

Tom Morrissey opened the scoring and Limerick were 0-4 to no score ahead after 5-minutes.

Liam Og McGovern opened the Wexford account in the fifth minute, but that was only a temporary stoppage to the Limerick of scores.

Soon the home side were 0-10 to 0-1 ahead with two nice points from debut boy Barry Nash.

By half time the lead was 12-points and it was a worthy advantage for the men in green.

On the change of ends a run of six points in a row brought Wexford back into the contest. The scoreboard read 0-17 to 0-11 on 48-minutes.

Then came the goal and Limerick had weathered the Wexford fightback.

In injury time Declan Hannon’s goal sealed the round one win.