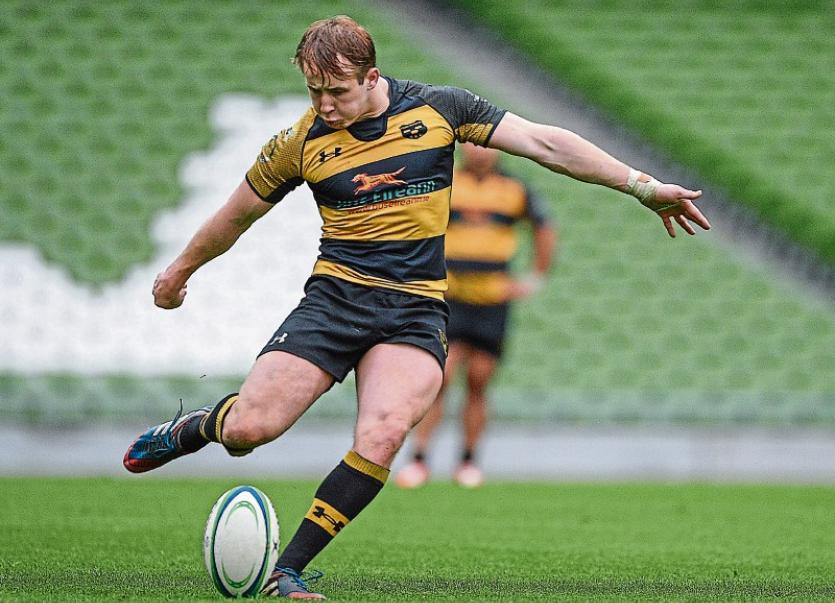 PLAY-OFF chasing Young Munster face a crucial game in their bid to secure a top four finish in Division 1A of the Ulster Bank League when Galwegians visit Clifford Park this Saturday, 1pm.

Fourth-placed Munsters’ can leapfrog local rivals Garryowen in the table with a victory or a draw in Saturday’s rescheduled clash with ‘Wegians.

Munsters’ and Garryowen are locked on 34 points in the top flight table, seven points behind second-placed Clontarf. The Greenfields side has a game in hand on the other top four contenders.

Dave Corkery’s Young Munster side has seven games to play in the regular season.

The in-form Clifford Park side recorded their seventh win in eight AIL fixtures when edging past Old Belvedere 14-11 at Anglesea Road on Saturday last.

A third Lyons penalty goal at the start of the final quarter sealed a hard-earned but vital win for the visitors.

Saturday’s rescheduled game at Clifford Park has an earlier than normal kick-off time of 1pm in order to avoid a direct clash with Ireland’s second round RBS 6 Nations clash with France in Paris which begins at 2.25pm Irish time.

Young Munster front row forward Shane Fenton was a used replacement for the Irish U-20s side in their 6 Nations defeat to a strong Welsh side in Donnybrook on Friday night.

Talented hooker Fenton has featured for Munsters’ in the Ulster Bank League this season.

Munsters’ will be looking to improve upon their showing in the AIL last season when a strong second half to the season saw the Greenfields side dramatically secure a place in the semi-final play-offs. However, Munsters’ lost out to Lansdowne in a nail-biting semi-final on the main pitch at the Aviva Stadium after extra time.

Munsters regained the Charity Cup after seeing off Old Crescent in the recent final. The Greenfields side is also through to the semi-finals of the Munster Senior Cup.