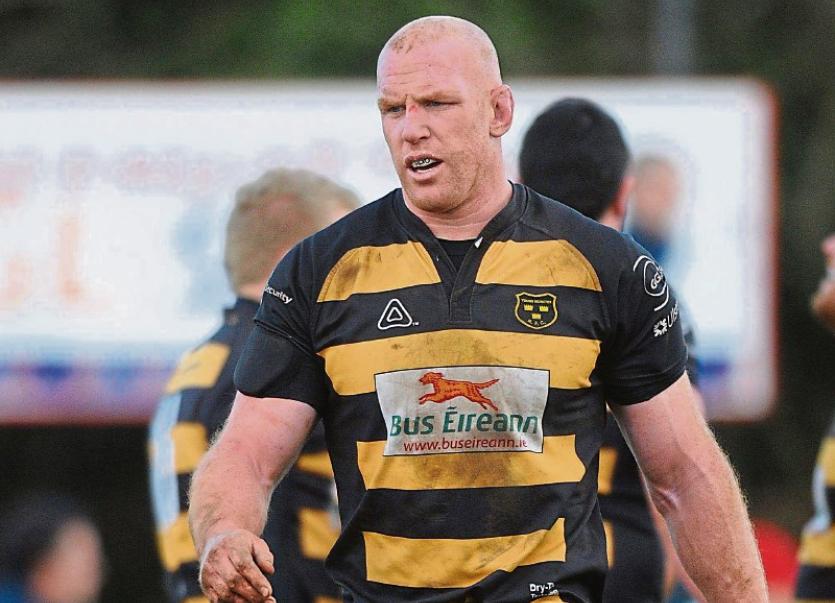 OLLIE Delaney recalled the day the late George Best met Paul O’Connell for the first time like it was yesterday, even though 25 years have passed since two of the island’s sporting superstars came face-to-face for the first time.

At the start of the 1990s, Ollie Delaney, Kieran Kiely and the late Mickey Cross were coaches to the Young Munster U-12 side.Among the highlights of their 1991-’92 season was a weekend trip to Dundalk to play in a prestigious eight-team, U-12 tournament.

While the young Limerick rugby players were passing a rugby ball about while waiting to board their train from Dublin to Dundalk a black limousine pulled up.Ollie Delaney recalled: "We went to Dundalk one weekend for an U-12 tournament, about 24 of us, including coaches. Paul (O’Connell) was in the squad. We all gathered outside Austin Quinlivan's pub on the Saturday morning.

There was a shop in Southill, Gerry Earls, and he gave everyone a bag with a banana, apple, the whole lot, everything like that which was great."Austin's late wife popped her head the window and asked were we playing a match. I said we were going to Dundalk for the weekend and she gave them a bottle of lemonade each.

"When we got to Dublin we had to go across the city to get the train to Dundalk. As we were there, all the young lads were playing around with a rugby ball.”This big black limo pulled up with the blacked out windows. There were very few of them around then. The windows were tinted and one of the lads went over to the car and who was inside but George Best!

"The driver didn't want to know about it, but George beckoned the driver to let the window down. He signed an autograph for everyone in our squad. That was one of the great memories I have.”Kieran Kiely, who now lives in Corbally, coached Paul O’Connell for two years at U-12 level.

Kieran Kiely said: “Paul was about 10 then. He was also into the swimming as well. I played rugby with Paul's father Mick. I knew him well. Paul was the fella who stood out at that time."Paul was always interested in getting every skill of the game exactly right.

He'd say, 'show me that again, I want to get it right'. He was a very physical young fella, mad for tackling and being tackled. He loved the physical side of the game.

"He was a tall, thin young fella. You'd never think he would turn out to be the huge, strong man he would become.”Renowned as one of the world’s greatest ever second rows,

Ollie Delaney remembered a time when O’Connell was deployed at out-half in an U-12 final.Delaney said: "We played Richmond in an U-12 final in Thomond Park. They were beating us two tries to nil. We had the likes of Paul in the front row and another couple of good players, Garrett Walsh who played with Crescent.

”We needed to change things. Eventually, I said to Paul, I would put him in at out-half, but we were beaten two tries to one. Richmond still have a video of the game!

"I coached Paul for two years along with Kieran Kiely and Mickey Cross. Paul was always first there at training. You couldn't see him as a future Lions captain then, but you could see he had potential because he was so dedicated.”

Kieran Kiely has taken great pride in watching the development of Paul O’Connell’s career from being a raw, enthusiastic U-12 player to the pinnacle of captaining Ireland and the Lions.

"We didn't win a whole lot with Paul's team at that level. We used to train on a Saturday and play matches on Sunday. I have great memories of the man. I always got a buzz when I saw him playing."Paul was very disciplined as a young rugby player. Maybe that came from the swimming.

“He would be going up and down the pool for two hours training before he went to school. Not a lot of kids would do that today.” "Myself and my wife Mags went over to watch him win his 100th cap for Ireland against Wales last year. He could have had 200 caps if he didn't get injured!

Some players take on the mantle of captain and it's like as if they are weighed down by someone sitting on their shoulder. They are not able for it, but Paul always took it in his stride.

”To me, Paul O’Connell was simply the best, better than all the rest, as a player, a great captain, a proud Limerickman and a rugby icon.

”Ollie Delaney was brimming with pride when he attended the awarding of an Honorary Doctor of Science to Paul O’Connell by UL last November.”I met Paul at UL last year when they awarded him an Honorary Doctorate. Paul had asked me to have my photograph taken with him at a wedding we met at before, but it didn't happen that day.

"When we met up in UL last year, he called me over, put his arm around me and said he wanted to take that photograph. Paul got someone to take it. Being honest with you, the tears were coming down my eyes.

“I was very emotional about it. It was a fantastic memory."Paul is a great role model for kids growing up in Limerick. You see young fellas out playing on the green and they all want to be 'Paul O'Connell' which is fantastic.”