Crescent and Glenstal drawn away in Junior Cup semi-finals 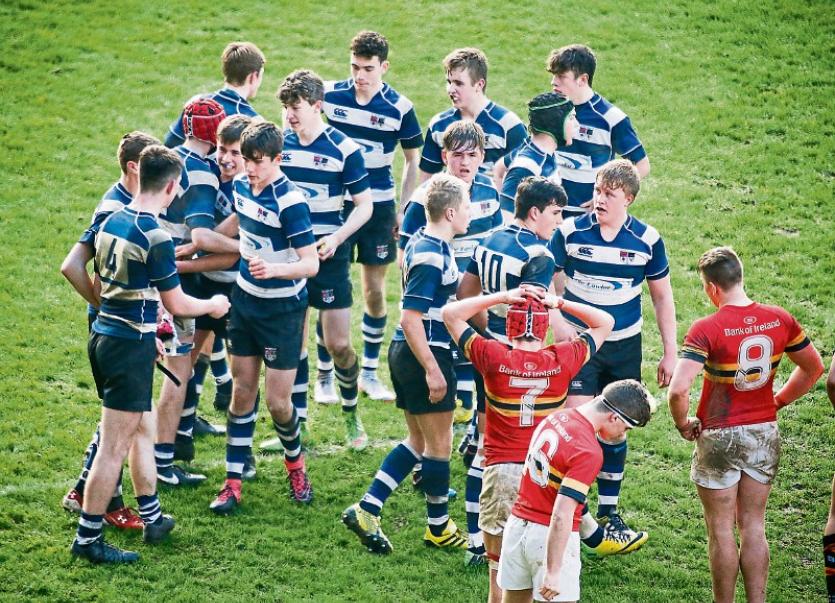 LIMERICK’S two remaining representatives in this season’s Munster Schools Junior Cup face trips to Cork following the semi-final draw which was made at Thomond Park this Thursday.

Crescent College Comprehensive who booked their semi-final spot thanks to an impressive 29-3 quarter-final win over local rivals Castletroy College at Thomond Park, have been drawn away to PBC at the last four stage of the Junior Cup.

Crescent College have reached five of the last six Junior Cup finals, but having won the decider in both 2010 and 2011, the Dooradoyle side has lost each of the last three finals.

Another Limerick side Glenstal Abbey School face an away date with holders CBC, of Cork, in the semi-finals later this month. Glenstal defeated Castletroy College and Ardscoil Ris to reach the semi-finals.