Earls out as Ireland team is named for France 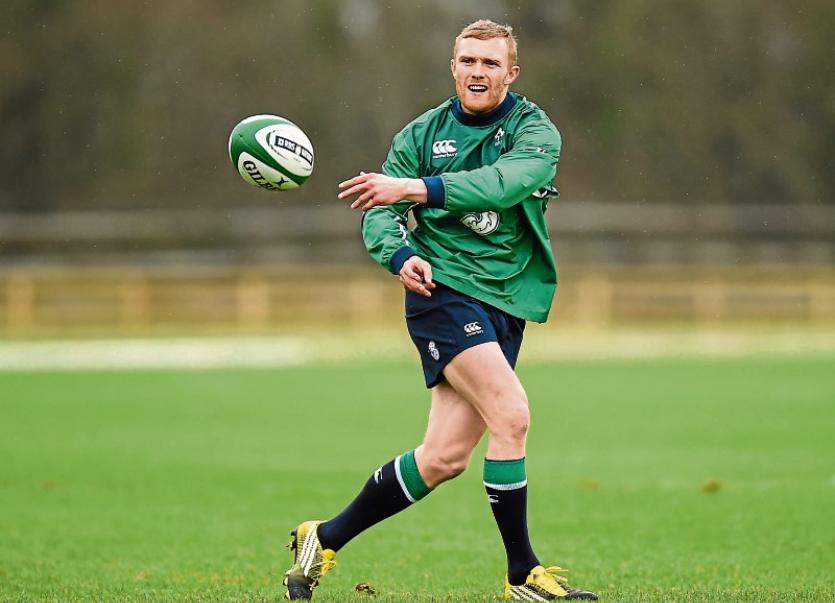 INJURY has ruled Keith Earls out of Ireland’s 6 Nations game against France in Paris this Saturday.

The Limerick man suffered concussion in Sunday’s 16-16 draw with Wales in the Aviva Stadium and hasn’t recovered in time while a knee injury has ruled Simon Zebo out of contention.

The Kearney brothers – Rob and Dave – come in at full-back and on the wing respectively while Fergus McFadden is promoted to the bench.

The return of Sean O’Brien from injury sees Tommy O’Donnell drop to the bench. CJ Stander and Conor Murray hold their places in the starting 15 while O’Donnell is joined on the bench by Munster colleagues Donnacha Ryan and James Cronin.

There was mixed news for the Limerick men who play with Leinster. Sean Cronin has been dropped from the matchday 23 as Richardt Strauss is selected as the replacement hooker while Eoin Reddan comes back on to the bench instead of Kieran Marmion.