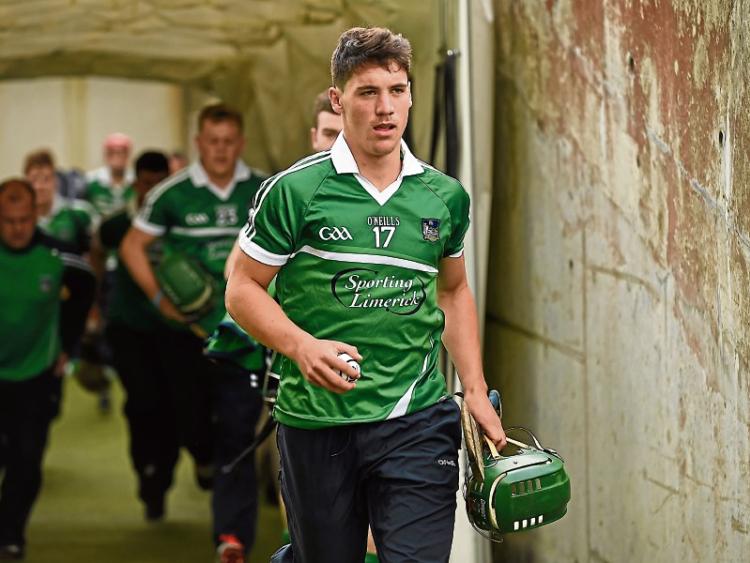 LIMERICK senior hurler Sean Finn has been ruled out for the remainder of the season.

In a cruel blow to the Bruff man, a cruciate ligament injury was confirmed for the corner back.

He sustained the injury in the first half of UL’s win over Mary Immaculate College in the Fitzgibbon Cup last Tuesday. The injury will also rule him out of Limerick defence of their All Ireland U-21 hurling title. He is the second member of the All Ireland winning U-21 team to be ruled out long-term with Colin Ryan out since last September, also with knee ligaments.

Confirmation of Finn’s injury comes as a blow in the lead-up to Limerick’s opening game in the Allianz League this Saturday when Wexford are visitors to the Gaelic Grounds.

On the back of his All Ireland U-21 win last September, Finn made his senior debut in January and played three games out of four in the Munster Senior Hurling League.

Sean Finn is one of 13 members of TJ Ryan’s Limerick senior panel that are involved with Fitzgibbon Cup teams at present. With a round of games this Tuesday, the inter-county management will be hoping to avoid any further injuries ahead of the league start. As a result Limerick’s team won’t be named until Friday night.

Already TJ Ryan and selectors Davy Clarke and Don Flynn are without an eight strong Na Piarsaigh contingent as they prepare for their March 17 All Ireland club SHC final against Cushendall.

Enroute to the final of the Munster Senior Hurling League, Limerick gave game-time to 32 players with eight making their senior debuts.

On Saturday Limerick begin their quest to end six seasons outside of the league’s elite. Only the top team in Division 1B will be promoted and Davy Fitzgerald’s Clare are the 10/11 hot favourites to make an instant return to the top flight. Limerick are second favourites at 7/4, with Saturday’s opponents Wexford priced as 4/1 third favourites. Division 1B is completed by Offaly, Laois and Kerry.

Saturday’s game against Wexford, which is live on Setanta Sports, is one of just two home games in the league for Limerick. The GAA have confirmed that a €5 discount is available on pre-purchased tickets for Saturday. U-16s are free but match day prices for adults are €15. Tickets can be bought on www.gaa.ie or from Centra or SuperValu outlets and cost €10.