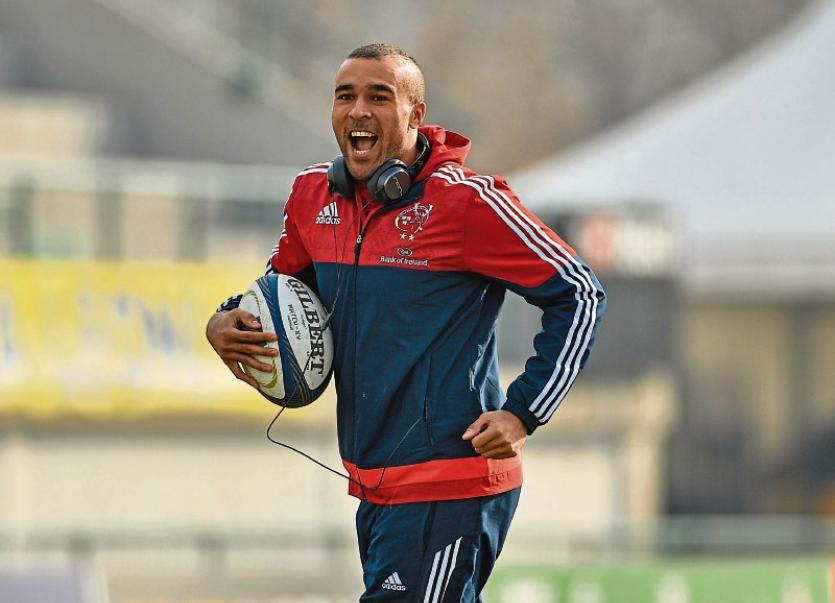 MUNSTER and the IRFU confirmed this Monday that Simon Zebo has signed a two year deal that will see him remain with the province until at least June 2018.
Zebo is the latest of an international trio to commit their future to the province with fellow backs Keith Earls and Conor Murray already putting pen to paper last week.
Munster head coach Anthony Foley said: "It's great to have even more good news on the contract front today.
"Simon's record speaks for itself and keeping a player with his experience and versatility is key to our plans going forward so we are delighted that he has committed his future to Munster.”
To date, 25-year-old Zebo has made 96 Munster appearances, the first of which came as a sub-academy player against Connacht at the Sportsground in April 2010. After one year in the full academy programme the winger and fullback secured a senior contract at the beginning of the 2011/12 season and made his European debut against Scarlets at Parc Y Scarlets in December 2011.
A month later he famously scored a hat-trick of tries away to Northampton Saints as Munster booked a place in the 2012 Heineken Cup quarter-finals, and since then, Zebo has become the province's leading try scorer for the past four seasons, the record league try scorer and the joint all-time try scorer with his most recent try against Stade Francais at Thomond Park seeing him equal Anthony Horgan's record of 41 tries.
On the international front the Cork-man has won 21 Irish caps, scoring 7 tries, and was a tourist with the British and Irish Lions in Australia in 2013. In making his Ireland debut against New Zealand in Eden Park in June 2012, more recently Zebo started in four of the five games during Ireland's 6 Nations title defence in 2015 and made three appearances at the 2015 Rugby World Cup.