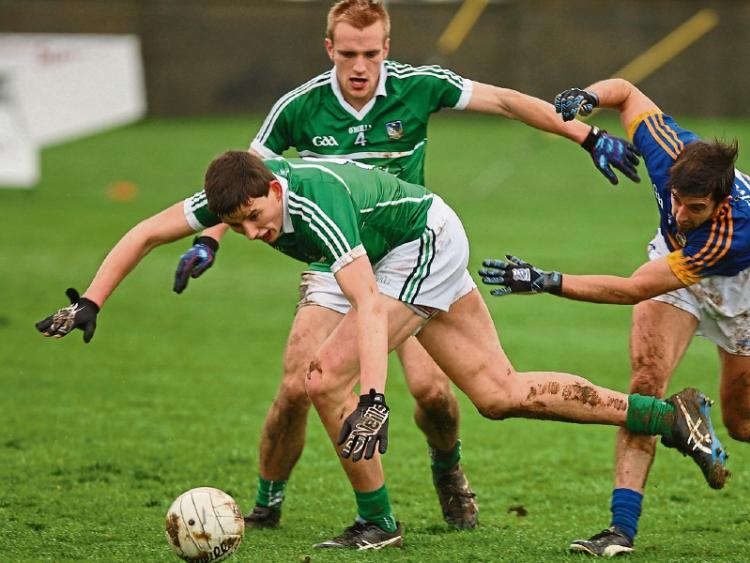 “I suppose when you’re three points up with a few minutes to go, it’s a point lost.”

Like his opposite number Liam Kearns, Limerick football manager John Brudair wasn’t quite sure whether he was relieved or disappointed with Sunday’s draw in the opening round of the national league in Kilmallock.

“But after the first half when we didn’t perform at all, we’ll take the point and move on.”

Being caught at the death after an impressive second half recovery was frustrating.

“It was like the Cork game a few weeks ago. We had the game in our grasp and then let it to. We have to learn how to win those games.”
It’s a familiar story.

“We were well able for them in the second half. So we have to be positive. But we left Tipp in for a soft goal at the end, all stemming from not pressuring their kickout.”
The Dromcollogher-Broadford man’s biggest difficulty was with a ponderous first-half performance. “No pace at all to our play. Sometimes players get so keyed up about the first round of the league that they are too conservative. I think once we started driving at them in the second half, doing what we were doing in training for the last few weeks, then we got somewhere. But that has to be the norm.
“There was plusses and minuses in this performance. There’s probably a small bit of doubt in the team and we’ve to make sure that doesn’t manifest itself in performances like the first half. So we need to be more consistent.”
On the other hand, his players reacted when it was put up to them after the break.

“People upped their level. Danny Neville, Iain Corbett and Seanie Buckley really tore into them. We got life from
that.”
Particularly satisfying was the return of Ian Ryan with a nine-point contribution after almost three years of struggling with injury. “Ian gives us a focal point for our attack and I’m delighted to see him
back to form. We were slow to bring him back, we waited and waited just to make sure his ankle was right and held him back from contact.”
Brudair is also hopeful of more welcome news on the injury front as he prepares for this weekend’s outing away to Longford. “We have Paul White, Cian Sheehan and Cillian Fahy to come back,” he added and is also looking forward to a full game from Stephen Cahill who was black-carded after just 15 minutes.