Four Limerick wins in the AIL 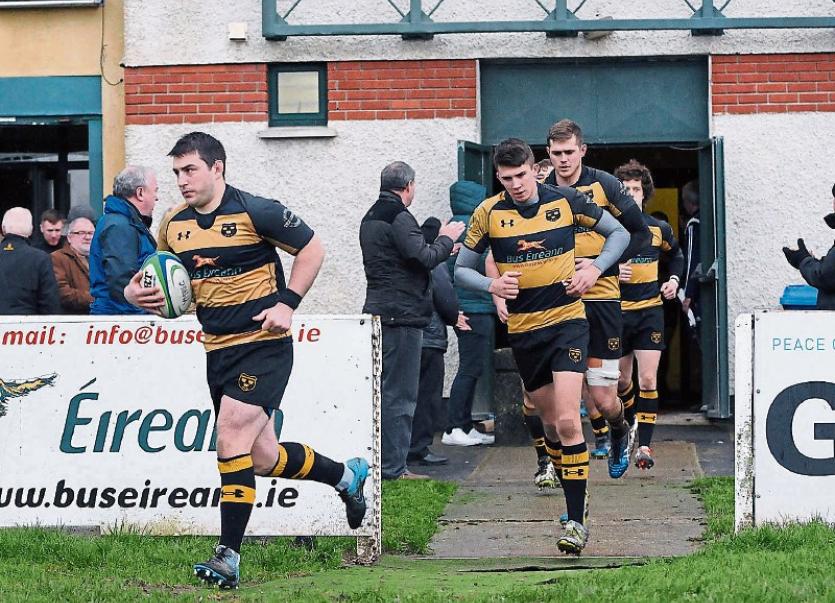 GARRYOWEN and Young Munster boosted their play-off hopes in Division 1A of the Ulster Bank League when recording precious top flight wins on Saturday.

In all, four Limerick sides recorded wins in a full programme of games, with both Shannon in Division 1A and Bruff in 2C also picking up precious points.

Fourth-placed Young Munster are within two points of their third-placed Limerick rivals after securing an excellent 18-17 away victory over Cork Constitution at Temple Hill.

Munsters’ trailed 6-7 at half-time against their provincial rivals with Gearoid Lyons kicking two penalty goals against the home side.

Two second half tries from Alan Ross and Sean Duggan helped David Corkery’s side pick up a vital win in their battle to secure a top four spot.

Meanwhile, in Division 1B, Shannon lie sixth in the table courtesy of a 40-0 thumping of basement side Belfast Harlequins on the back pitch at Thomond Park.

Centre Will Leonard and full-back Ronan McKenna bagged a brace of tries each as Shannon raced into a 26-0 half-time lead.

Shane Airey kicked a total of 18 points, while Tadhg Bennett also added a conversion as Marcus Horan’s side recorded a convincing win.

Also in Division 1B, UL-Bohemian remain second-from-bottom in the table after suffering a 22-13 defeat away to St Mary’s College.

UL-Bohs led 10-5 at half-time with Rick McKenna added a conversion and penalty goal. However, the Annacotty side was outscored 17-3 in the second-half, with McKenna kicking the visitors only points with a second penalty goal.

In Division 2A, on Friday night, Thomond fell to a 29-10 defeat away to Nenagh Ormond to remain ninth in the table, four points ahead of basement side Corinthians.

In Division 2C, table toppers Old Crescent had their lead at the top of the table cut to three points after suffering a 31-24 defeat away to third-placed Wanderers.

Also in Division 2C, Bruff recorded a precious 20-10 away victory over Midleton to remain in fourth place in the table.

Bruff, who led 9-3 at half-time, scored a crucial second half try from a maul, while Declan Bannon kicked a total of four penalties and Tony Cahill also added a penalty.