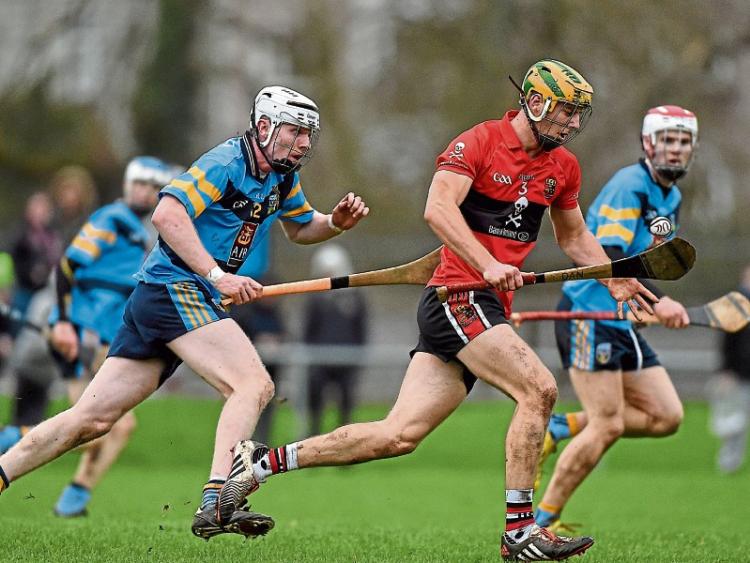 ALL three Limerick colleges recorded wins in the opening round of the Fitzgibbon Cup on Thursday.

Champions UL got the defence of their title off to a winning start with a 0-20 to 0-14 win over DIT in the Parnells GAA ground in Dublin while Mary Immaculate College were 1-16 to 0-13 winners away to NUI Galway and LIT were too strong for NUI Maynooth as they had a 4-16 to 0-10 win at the Kildare venue.

Mary I’s game had plenty of talking points from a Limerick perspective. Declan Hannon was in top form as he scored 1-9 but there was a straight red card for Cian Lynch and his marker Padraig Mannion of Galway. Doon’s Richie English was corner-back for Mary I with Darragh O’Donovan at midfield, Lynch at wing-forward, Hannon at full-forward and David Reidy in the corner.

And Eamon Cregan’s side had plenty of intercounty talent too with Tipperary’s Ronan Maher, Tom Stapleton and Jack Peters all seeing game time as well as Clare’s Colm Galvin. Ahane’s John Fox started corner-forward for NUIG.

UL also had a strong Limerick contingent with Sean Finn, Gearoid Hegarty, Kevin O’Brien and Tom Morrissey all starting and Michael Casey and Liam O’Sullivan introduced off the bench. O’Brien scored four points from play for UL whose top scorer was Tipp’s John McGrath with seven frees. Tipp’s Jason Forde was in the unusual position of centre-back while captain Cathal McInerney only came on as a sub and Tony Kelly didn’t feature at all.

LIT had two Limerick starters – Diarmaid Byrnes who scored a goal from midfield and Niall Maher at full-forward. Na Piarsaigh brothers David and Alan Dempsey didn’t start and were joined among the subs by Jack Quaid, Graham Whelan and Mark Sheehan.

Elsewhere, Dan Morrissey was full-back on the UCC side that were beaten 2-12 to 0-13 by UCD.

The action continues next week with a couple of potential group-deciding games. Mary I and UL meet in an all-Limerick derby where the winners will almost certainly be guaranteed a quarter-final place. LIT also have a huge fixture as they host UCD – where defeat would leave them facing a winner-takes-all tie against UCC in the final round of group games.