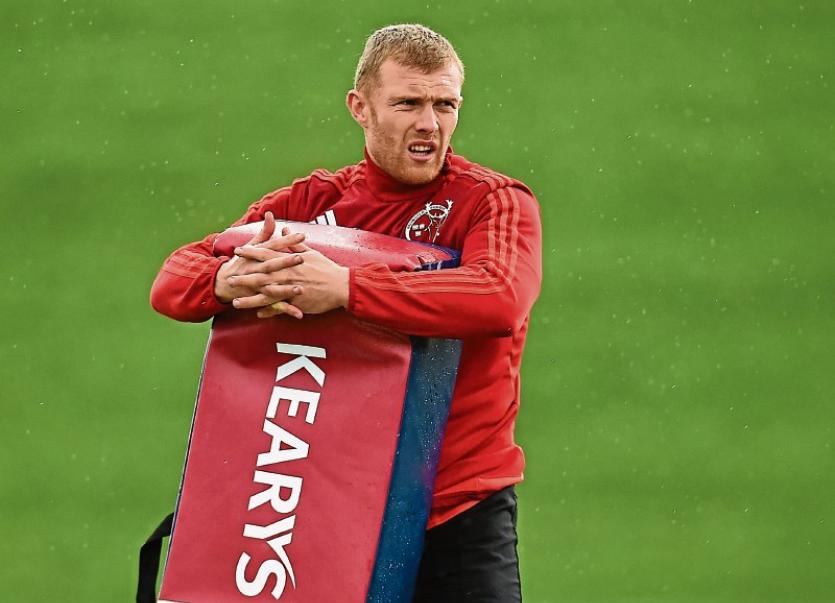 A source close to 28-year-old Limerickman Earls confirmed that the player is currently speaking to the English champions about a possible move away from Munster this summer.

Earls is out of contract at the end of the season and the province’s fans fear he will turn down Munster’s offer of a new contract and instead opt to move to Allianz Park.

Munster fans are fearing Earls’ departure after news of the contract offer from Saracens broke in a national newspaper yesterday morning. The Limerickman is currently in camp with the Irish squad, preparing for the upcoming 6 Nations Championship.

The source close to Earls insisted money would not be the deciding factor for Earls in choosing where he will play his rugby next season.

The well-placed source said: "Keith is speaking to Saracens at the moment. He is seriously considering an offer from them.

"He is in camp with Ireland at the moment and it all kinda exploded on Tuesday morning. He is trying to keep his head down.

"The offer with Saracens is on a three-year deal. It is more the challenge of playing with a new club. Since he came out of school at 18 he has been inside in the bubble with Munster.

"A decision will be made shortly. Saracens will want an answer. It is a business at the end of the day and if Keith doesn't go over, then they will probably look for someone else.

"Money is not the driving issue with the decision. There are a number of other things involved.

“He has been offered a new deal with Munster. You have to weigh things up. He was trying to get his contract sorted before Christmas and it didn't happen. It probably couldn't have happened at a worse time being in camp with Ireland and players and coaches looking at you. He will keep his head down."