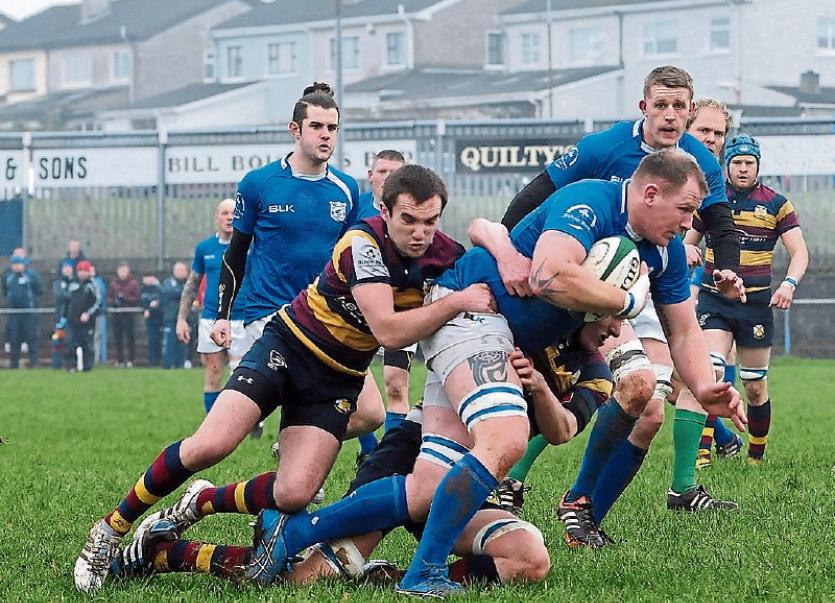 On the back of a 38-0 thumping at the hands of UCC in Cork in December, Thomond suffered a comprehensive 23-point defeat at Fitzgerald Park.

It was a disappointing result for relegation-threatened Thomond who scored a much-needed home victory over Skerries just a week earlier.

Ninth-placed Thomond sit in the relegation play-off spot in 2A, one-point behind eighth-placed Skerries and four ahead of bottom side Corinthians with just six games to go.

If Thomond are to pull clear of the drop zone before the end of the regular season, then their next fixture away to Nenagh Ormond on Friday night, 7.30pm, and the home tie with basement side Corinthians on February 20 already look to be ‘must win’ ties.

Thomond trailed 25-0 at half-time having played into the teeth of a strong wind in the second half. The concession of a third try just before the break effectively ended their hopes of winning the game.

Had they trailed 0-18 at the break, Thomond would have had a real shot at taking something from the game.

The home side’s discipline was poor too as Thomond picked up two yellow cards and the penalty count was heavily in the students favour.

The ‘royal blues’ needed to keep their frustrating in check. Thomond will, however, take some comfort from the fact that they ‘won’ the second half 7-5 with Kevin O’Mahony bagging their try, which the talented Fionn McGibney converted.