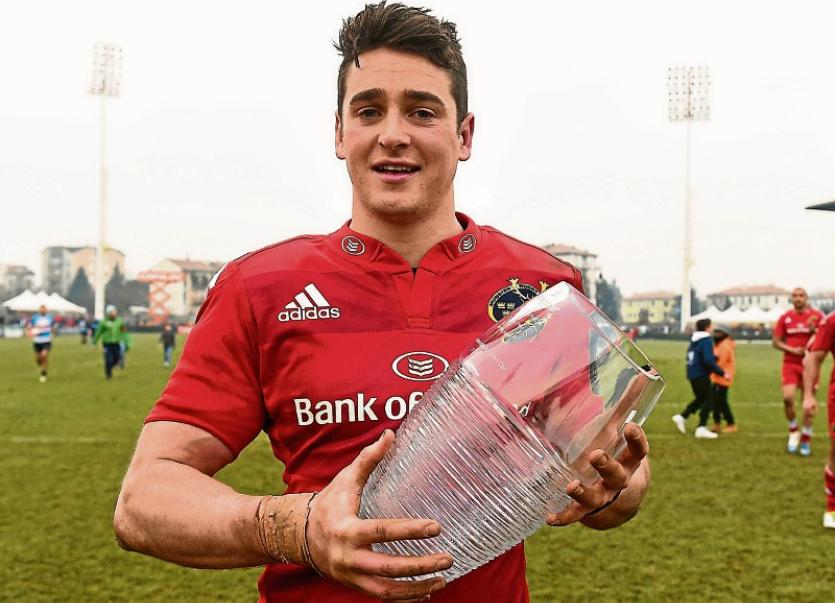 MUNSTER’S bitterly disappointing Champions Cup pool campaign ended with a bonus point win away to hapless Treviso as the province’s focus now switches back to the Pro12.

Munster return to Italy next weekend, minus their seven-strong Irish contingent, for a crucial Guinness Pro12 clash with Zebre in Parma on Saturday, 2pm Irish time.

Sixth-placed Munster will be desperate for a victory over an improving Zebre side as the race for play-off places in the Pro12 cranks up a notch.

Munster are set to be without their players involved in the upcoming 6 Nations Championship for up to seven Pro12 fixtures, depending on how much game time they see with Joe Schmidt’s side. James Cronin, Donnacha Ryan, CJ Stander, Tommy O'Donnell, Conor Murray, Keith Earls and Simon Zebo are in the 35-man Ireland squad.

Winger Ronan O’Mahony bagged a brace of tries, his first in Europe, as Munster signed off from the Champions Cup with a 28-5 victory. This is the second successive season that Munster have failed to make it beyond the group stages of the Champions Cup.

Munster head coach, Anthony Foley said: “Maybe the two tries we got came a bit too early and fellas got a bit loose in the game.

“Early on we put a good physical stamp on it. Once we built a score, we felt we could try and score from everywhere which is the wrong attitude to have over here.

“We are back over in Italy next weekend to play Zebre in the Pro12. They have had an excellent run of results during the Challenge Cup.

“Gianluca (Zebre coach Gianluca Guidi) has done a very good job with them. He has gotten a lot of guys now in the Italian 6 Nations squad.

“We have a short turnaround this week and we have to travel again.

“Preparation will need to be monitored during the week.

“The boys really appreciate the support we had in Treviso.

“Hopefully, with the support we had in Thomond Park too and built on what we had today, we could be starting something again.”