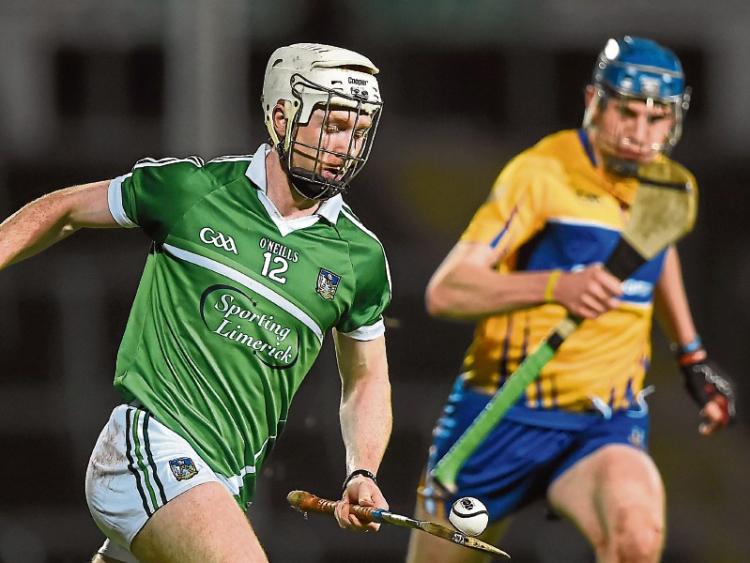 LIMERICK suffered defeat for the first time in 2016 after losing to Clare in the Munster Senior Hurling League final by a single point.

While it was a nip and tuck contest, Clare always had the upper hand in the second half, only briefly losing their advantage before finishing strong.

The defeat comes after three consecutive wins over Kerry, Cork and Waterford for Limerick. The Banner were also unbeaten coming into this game, having also been victorious over the same three opponents since the turn of the year.

With a number of Limerick players returning to their colleges to play in the forthcoming Fitzgibbon Cup, this was TJ Ryan’s last chance to see his full squad  – with the exception of the Na Piarsaigh contingent – before the start of the National Hurling League when Wexford come to the Gaelic Grounds on February 13.

Limerick started brightly with Paul Browne opening the scoring after 15 seconds. The home side settled early, despite the game starting 10 minutes late as the late-comers in the crowd of 4,853 got to their seats.

Declan Hannon (2), Cian Lynch and Darragh O’Donovan got on the score-sheet early on to give the home side a lead 0-5 to 0-2 after 12 minutes. However, Clare fought back scoring five of the next six points with Colin Ryan, John Conlon and Bobby Duggan replying for the Banner County.

Barry Nash got on the end of a fine team move involving Paul Browne and Gavin O’Mahony to level the game at 0-7 apiece. The teams went score for score towards the end of the period with the score 0-10 approaching the short whistle.

However, scores from Conor Cleary and Peter Duggan meant Davy Fitz’s team led by two at the break.

Limerick should have at least been level at the break had it not been for six first half wides, four of them from placed balls.

The pace of the game dropped in the second half with both teams scoring just three points each in the third quarter – with Limerick hitting four wides in this period.

It did take Limerick just 20 seconds to get their first score of the half, Declan Hannon reducing the gap to the minimum before Clare got on top hitting three in a row.

There were glimpses of good play from the home side. Barry Nash – who was impressive throughout – got a nice point after great work from Richie McCarthy and Hannon. Hannon reduced the deficit to a single point with less than 10 minutes to play after a superb dinked pass from Cian Lynch set up the Adare man.

Barry Nash levelled the game with three minutes to go and extra-time was a real possibility. However, two late Cathal O’Connell points ended a run of 10 minutes without a point for Clare and gave the Banner the title, despite a late Hannon point, his seventh which was, ultimately, in vain.

Defeat for Limerick but there are plenty of positives for TJ Ryan after the Munster Senior League campaign in which 32 players saw game-time over the four games this month.