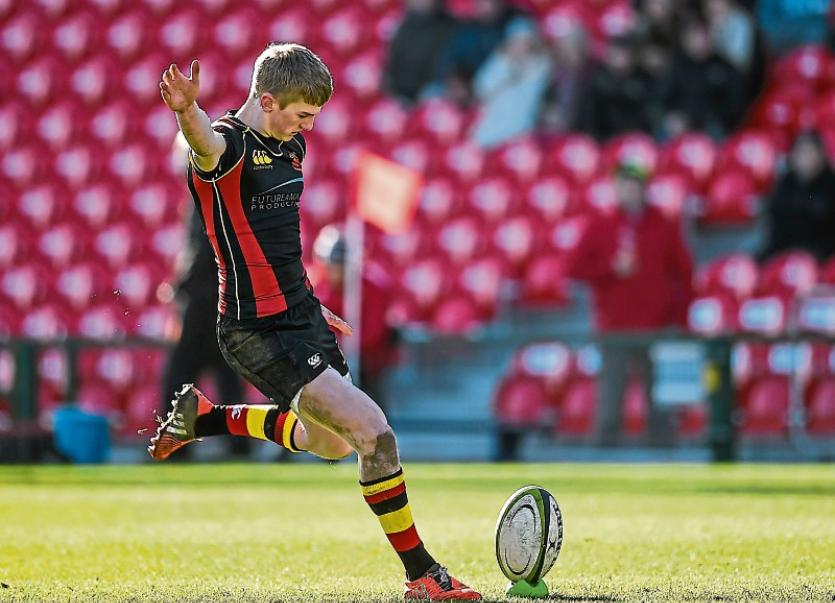 ARDSCOIL RIS, finalists for the past two seasons, booked their place in the quarter-finals of the Munster Schools Senior Cup with a dramatic 18-15 win over local rivals St Munchin's College at Clifford Park on Thursday.

St Munchin's led 12-11 at half-time, thanks to four penalty goals from the reliable boot of out-half Jason Kiely. The Ardscoil first half points came courtesy of an Evan Cusack try mid-way through the half and two Fitzgerald penalty goals.

A fifth Kiely penalty goal had St Munchin's 15-11 to the good as the clock ticked into added time, but Ryan's dramamtic try in the third minute of stoppage time saw Ardscoil Ris secure a dramatic victory.

While Ardscoil Ris are through to the quarter-finals on the back of this win, St Munchin's College can join them by beating Bandon Grammar School in a play-off game.

Meanwhile, St Munchin's College booked their place in the quarter-finals of the Munster Schools Junior Cup earlier in the day in Greenfields with a convincing 19-3 first round victory local rivals Ardscoil Ris.

Clinical St Munchin's laid the foundation for this victory in the opening half after which the home side led 12-3.

The Corbally side had first half tries from Evan Sheehan-O'Donnell and impressive out-half Jude Marlo Pendejito who also converted the first five pointer.

Ardscoil's Adam McNamara kick his side's only points with a 28th minute penalty.

St Munchin's wrapped up the win late on when  when winger Joshua O'Neill touched down after the opening was created by out-half Pendejito.