End of an era as Big Bang hangs up his gloves 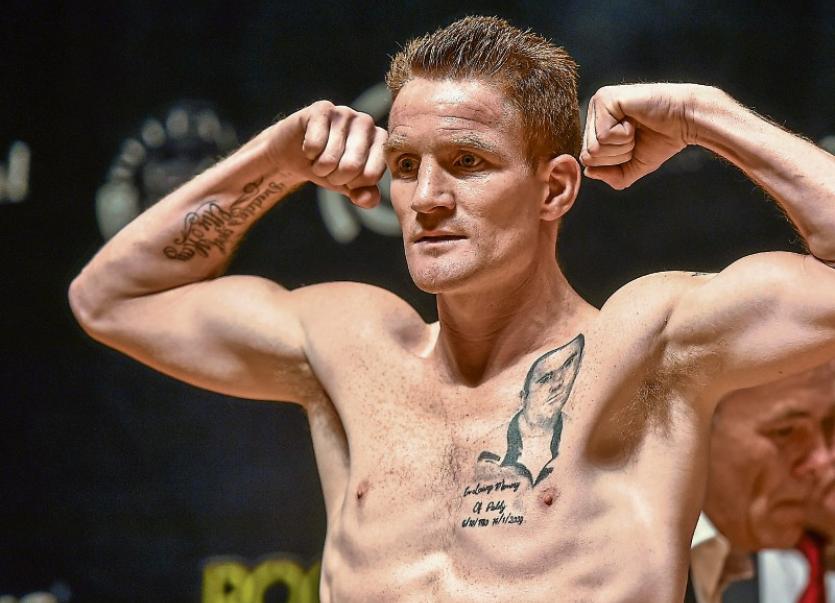 Five months later ‘Big Bang’’ fought for the world title but Guillermo Rigondeaux proved too strong for the Limerick hero in a packed Convention Centre in Dublin’s CityWest Hotel.

Casey came to prominence in the Summer of 2010 when winning Sky Sport's Prizefighter Series as a rank outsider.

He now leaves the ring for the final time with a record of 16 wins and three defeats. His professional debut came in late 2008 and it was a career that saw him fight in Canada, Denmark, England and Dublin, Belfast, Cork, Killarney and twice in Limerick’s UL, including the November 2010 headline event when he beat Paul Hyland to win the european title.

Big Bang’ hasn’t fought since September 2014, when he beat Giorgi Gachechiladze on the undercard of Carl Frampton’s World title win in Belfast.

“It is heart-breaking, but I think I need to let people know. People are always asking me when I fight next and I hadn’t really the heart to tell them that I was done, so I think it’s best to do it officially this way. I knew it was coming it was always just hard to physically say ‘I am retiring’ or ‘I am retired,” Casey told Irish-boxing.com

” I am coaching up in Rathkeale Boxing Club now and I really get involved in that. I don’t think I would have taken a fight if it clashed with the championships coming up because I want to be there with the kids helping and supporting them. My eldest lad Myles came close to winning the Irish title over the last two years and hopefully this will be his year,” he said.

Back in November 2009 all three local pro-fighters Lee, Casey and Jamie Power fought on the Yanjing Fight Night card in UL.