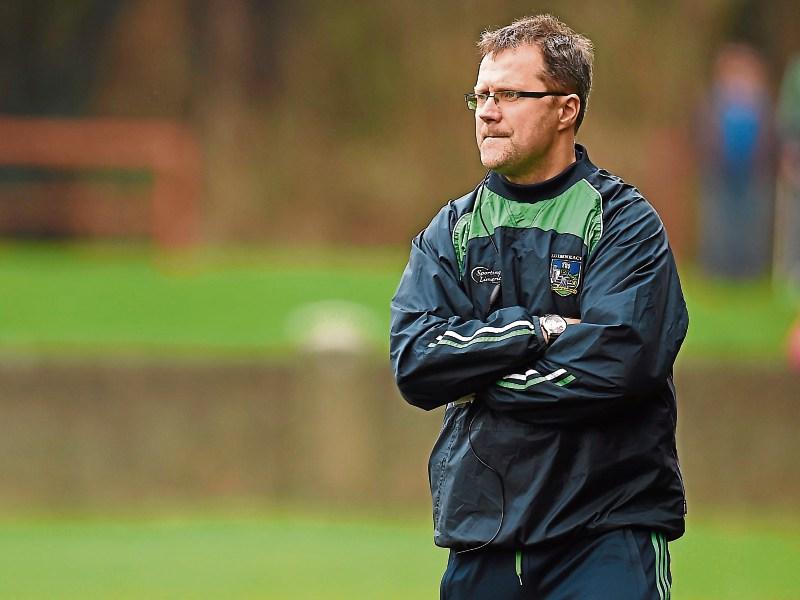 THE Limerick footballers ended their McGrath Cup campaign with a 2-7 to 0-7 defeat to Waterford in Rathkeale’s Mick Neville Park this Sunday.

Waterford’s heavy midweek defeat to Cork reduced Sunday’s McGrath Cup clash with Limerick in Rathkeale’s Mick Neville Park to a dead rubber but it was still the last competitive outing for both counties ahead of their national leagues openers against Wicklow and Tipperary respectively on Sunday week.

Seán McSweeney’s free got Limerick off the mark and Danny Neville followed up with a point as Limerick adapted better to the wind and the rain. Neville, the only front man finding his range with confidence, restored the three point advantage but that disappeared in the 31st minute when no one laid a hand on Donie Breathnach as he cruised to the edge of the square to shoot past Donal O’Sullivan. The equaliser held to break with the scores tied at 1-1 to 0-4.

When the game restarted, Paul Whyte was left on his own to take Gavin Crotty’s pass and his dink looped over the advancing O’Sullivan and into the top corner of the net.

Building on the momentum, Breathnach then struck from distance and Whyte sent over a free to stretch the gap to six before the home side regained its shape. Skipper Iain Corbett broke the sequence and, when James Naughton and Stephen Kelly added frees, just a single goal separated the sides. But with eleven minutes still on the clock, the effort was running out of shape and conviction and the wheels came off when Ray Ó Ceallaigh finished off a move up the left. Whyte and Prendergast then polished off their performances with the game’s two closing scores.