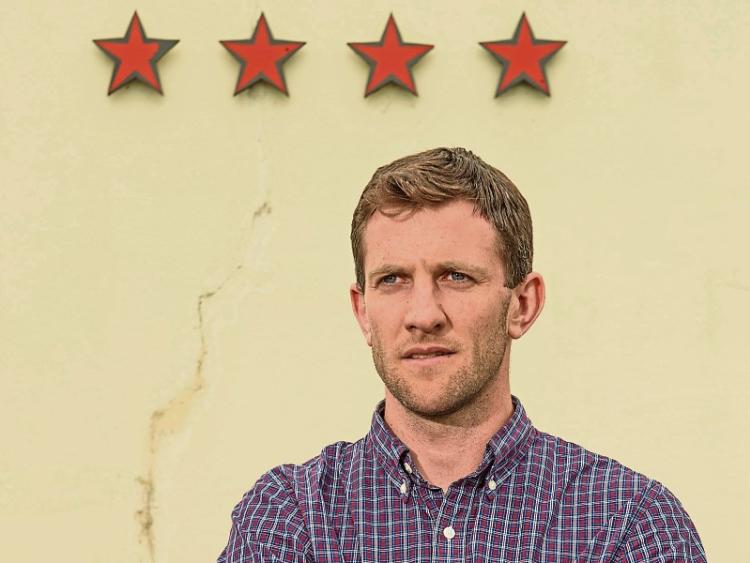 LIMERICK hurler Donal O’Grady has announced his retirement from the inter-county game.

The 35-year-old played 46 times in senior championship hurling for Limerick. That puts him second in the list of Limerick’s most championship appearances.

The Granagh-Ballingarry man also won a Waterford Crystal Cup medal in 2006 and in 2011 he won a Division Two league title when Limerick beat Clare in the Ennis final.

He played inter-provincial hurling (Railway Cup) with Munster on a number of occasions, winning titles in 2007 and 2013.

His debut came under Padjoe Whelehan in 2004 when he was introduced as a blood sub in the Munster SHC against Cork.

The management bib passed between Padjoe Whelehan, Joe McKenna, Richie Bennis, Justin McCarthy, Donal O’Grady, John Allen and TJ Ryan but O’Grady remained almost an ever present over the next 12 years. In 2010 he was was of the players that opted out of Justin McCarthy’s panel and therefore played no inter-county hurling that season.

In 2001, he won an All-Ireland U-21 hurling medal. He started the opening round of that Munster championship campaign but lost his place and was a sub for the remainder of the season under manager Dave Keane.

In 2004 the break through to the senior ranks arrived. He was part of the panel for the entire season but didn’t play any league and then was introduced as a sub in both championship games against Cork and Tipperary.

From 2005 onwards, O’Grady was one of the first names on the team-sheet for league and championship.

Previously a Sales Rep with Coca Cola, O’Grady took over the family business, Spar and Topaz, in Ballingarry in September 2012.

O’Grady, a married father of three, is to continue to hurl with his club Granagh-Ballingarry in the Limerick Premier IHC. The west Limerick side won the 2005 Limerick IHC title and in nine years of senior hurling O’Grady was their leading light. They were relegated to the senior tier of adult hurling at the end of the 2014 season.

The departure of O’Grady means that the current extended Limerick hurling panel, numbering 42, includes no one in their 30s. Wayne McNamara is the oldest panel member - he turns 30 in June. Seamus Hickey is the longest serving member of the panel - he made his championship debut as a sub in the 2006 Munster SHC against Tipperary and has played 37 times since.