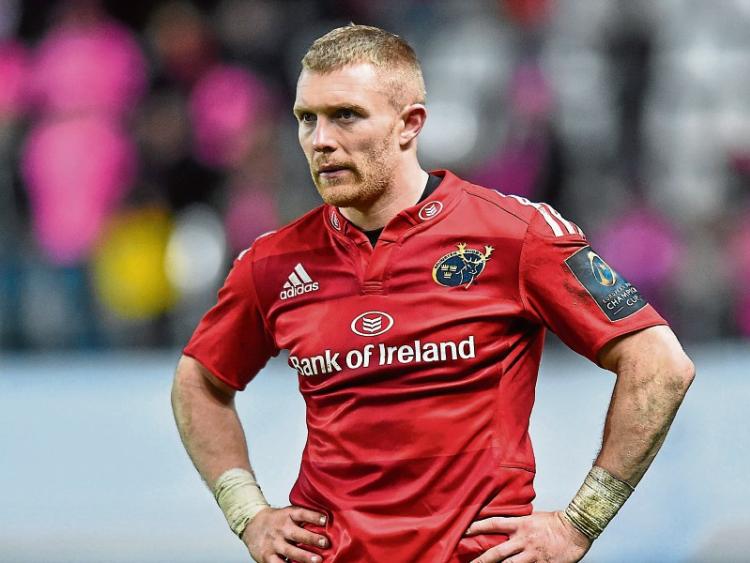 Ronan O’Mahony, Mario Sagario and Billy Holland have all been named in the Munster team to take on Stade Francais in the European Champions Cup game in Thomond Park.

Following last week’s hugely disappointing 27-7 loss to the same side in Paris, coach Anthony Foley has made three changes. Out go the injured BJ Botha and Andrew Conway while Holland is preferred in the back row ahead of last week’s starter Robin Copeland and last week’s replacement Jack O’Donoghue.

Simon Zebo switches to full-back as Ronan O’Mahony comes on to the wing but the backline is unchanged other than that. Up front Sagario makes his first European start at tighthead prop as Munster begin life without BJ Botha, who has been ruled out for the remainder of the season with a cruciate ligament injury.

With Botha’s contract due to expire at the end of this season, he’s unlikely to feature for the province again.

The Munster bench sees a 6-2 split of forwards/backs with Academy prop Liam O’Connor promoted to the bench. Kevin O’Byrne is also on the bench instead of Niall Scannell while Donnacha Ryan has returned from injury to take his place in the matchday 23. Lucas Gonzales Amorisino and Tomas O’Leary provide cover for the backline.

Meanwhile, Mick O’Driscoll has also named his side for Sunday’s B&I Cup game away to Yorkshire Carnegie. Outhalf Johnny Holland continues his recovery from injury and is named at outhalf. Shane Buckley captains the side from No 8.