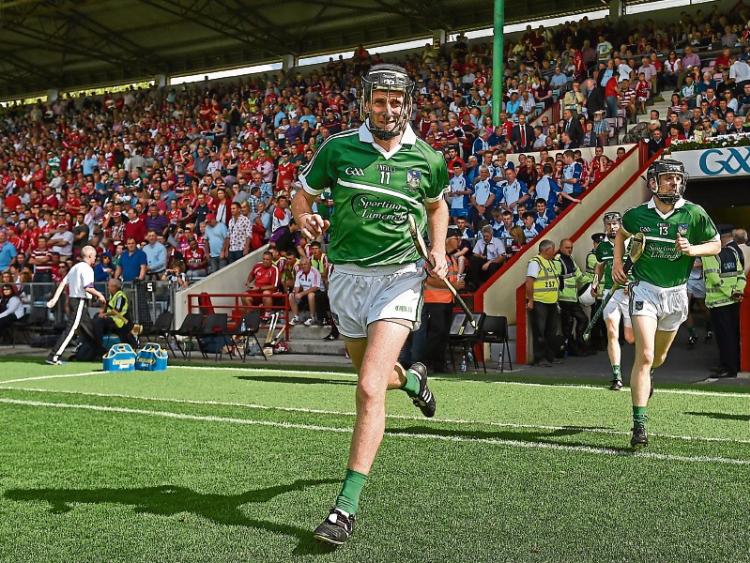 MUNSTER championship winning captain Donal O’Grady is to decide on his Limerick hurling future before the start of the Allianz League.

The 2013 Munster SHC winning captain hasn’t yet joined up with TJ Ryan’s Limerick this season and isn’t part of the current 42-man extended panel. It is understood that discussions have taken place between O’Grady and Ryan.

Wayne McNamara, 29, is the oldest member of the current panel, while Seamus Hickey is the most experienced player remaining with 37 championship appearances.

Granagh-Ballingarry’s O’Grady is 35 and has played 46 times for Limerick in senior championship hurling.

This time last year O’Grady captained Limerick to the Waterford Crystal Cup title and went on to start both games in the Munster SHC against Clare and Tipperary and was among the introduced subs in the All Ireland Qualifier games against Westmeath and Dublin.

TJ Ryan and selectors Davy Clarke and Don Flynn, coach Dinny Cahill and strength and conditioning coach Joe O’Connor gave game time to 20 players in their opening game of the year against Kerry.

This Sunday (2.00) Limerick are off to Mallow to play Cork.

Indeed the panel are set to play their three remaining games in the Munster Senior Hurling League within a seen day period – the refixed game against Waterford takes place on Tuesday January 19 in Mallow, while the final round game against Clare is scheduled for Sunday January 24 in Kilmallock.

Limerick’s team to play Cork will be finalised after training on Friday night.

Like all teams in the early season provincial competition, both sides are again expected to experiment. For new Cork manager Kieran Kingston, Sunday will be their fourth and final game in the competition.

Gearoid Hegarty’s hurling debut could come in the Waterford game as he is away this weekend so misses out for both the hurlers and footballers.

Also missing out again will be the eight strong Na Piarsaigh contingent, who this week had Thurles confirmed for their February 6, at 3.45, All Ireland club SHC semi final with Wexford’s Oulart The Ballagh.

Their absence means that Limerick are working with a 34-man panel at present. On top of three games over a seven day period, management will also be mindful that the Fitzgibbon Cup is just around the corner and many members of the panel face into games on January 28, February 4 and February 9.

Almost 25% of the youthful Limerick panel will be involved in Fitzgibbon Cup panels with local trio UL, LIT and Mary Immaculate all involved in the Third Level senior hurling championship. UL are the defending champions.

It all points to a busy period for the panel in the run-up to the opening Allianz League game on Saturday February 13 when Limerick entertain Wexford in a Division 1B game under the floodlights of the Gaelic Grounds. It’s a game that will be televised live on Setanta Sports. Limerick’s only other home game is a Saturday March 12 round four encounter with Laois in the Gaelic Grounds at 5.00.

In round two is a rematch with Ciaran Carey and Mark Foley’s Kerry. While they was 11-points between the teams in the Munster Senior Hurling League, Limerick have to go to Tralee for round two of the league on Sunday February 21.