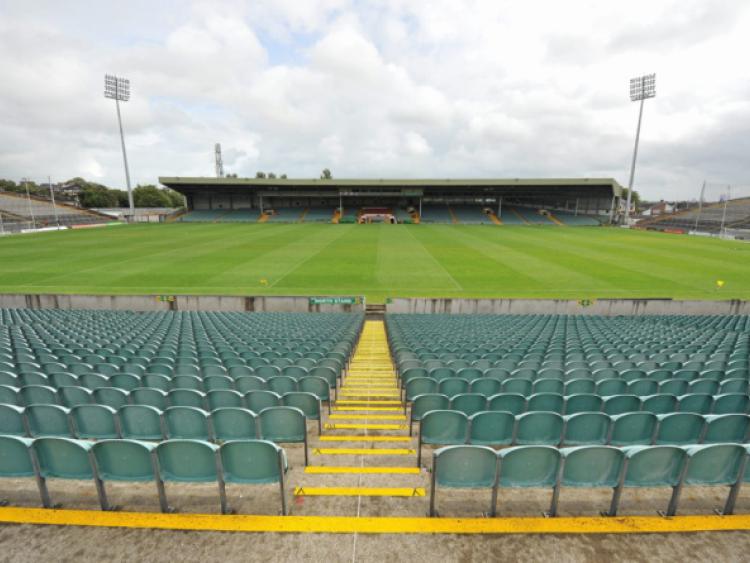 Jerome O’Connell looks back on the 2015 GAA season and selects his end-of-year award winners.

Jerome O’Connell looks back on the 2015 GAA season and selects his end-of-year award winners.

Team of the Year - Limerick U-21 hurlers

KILKENNY and Dublin lived up to their pre-season promise to claim All-Ireland senior honours. Pride of place on Shannonside goes to the Limerick U-21 hurlers.

Newcastle West, Bruree, Cappagh, Fedamore, Oola and Cappamore all came from the pack to claim their respective county honours.

So too did John Kiely’s county U-21 side. Underdogs in all games up to the All Ireland final, they claimed the Cross of Cashel trophy in some style. Kiely came into the job after three years with three different managers.

But history wasn’t a burden. Age also wasn’t a burden and the side that started in Thurles in the final against Wexford had 11 players that will be underage for the 2016 title defence.

Limerick were Munster minor champions in 2013 and 2014 but still to mould an All Ireland winning U-21 team in 2015 was the highlight of the year.

Coach of the Year - Jimmy Quilty

Although he led the north Cork side back to the senior ranks he departed when John Kiely invited him into his new Limerick U-21 set-up. Despite working in Dublin Quilty came on board and it proved a masterstroke.

Even rupturing his achilles tendon during the sideline celebrations of the opening round win over Tipperary, which forced him onto crutches for most of the championship, didn’t deter Quilty. Along with Kiely, Ross Corbett and John Flavin they brought the Limerick U-21 hurlers to great heights with pacy, intelligent hurling with a massive level of work-rate and support play.

Quote of the Year - Gearoid Hegarty

WHAT a 2015 for St Patricks clubman Gearoid Hegarty.

He captained the Limerick U-21 footballers and established himself a top midfielder with the Limerick senior footballers and in the Sigerson Cup with UL. Capping the year he won Munster and All Ireland U-21 hurling honours. He followed in the footsteps of his father Ger in winning All Ireland U-21 honours and ahead of September’s final against Wexford, Gearoid recalled how his father’s medals are long gone!

“Believe it or not, my mother keeps telling me that when I was two or three years old I fired every medal he ever won out the window and they were never seen again - out the top window of the house in Rhebogue so they are long gone,” laughed Gearoid at Limerick’s media event.

Performance of the Year - All Ireland U-21 final

FROM start to finish, Limerick dominated this Thurles final with a most compelling style of fast, yet composed and clever, hurling, all bound together by a massive work ethic.

Limerick were simply sensational at times and blew away their opponents to win by 16-points.

John Kiely’s Limerick hit 19 scores from play over the hour and remarkably held Wexford to just three scores from open play. This was a Wexford team that were beaten in the final 12-months ago and were the championship favourites from the outset.

After three seasons without an U-21 win Limerick were 16/1 outsiders from the outset but justified their 2/5 final odds with a dominant display. Nine successive points in the final 10-minutes sealed the victory and such was the margin of victory thousands of Limerick supporters streamed onto the sidelines as the final minutes ticked down before invading the Semple Stadium pitch at the final whistle, which signaled a 0-26 to 1-7 victory in front of 18,544.

Disappointment of the Year - Senior hurlers

LIMERICK made their exit from the All-Ireland SHC after a disappointing 1-17 to 1-16 defeat to Dublin in Thurles.

For just the third time in a decade the Limerick hurlers exited the championship prior to the quarter final stage.

Symptomatic of the entire season TJ Ryan’s men departed on foot of an inconsistent display.

Not once in 2015 have the team reached the level of display they produced in the Croke Park defeat to Kilkenny in the All Ireland semi final the previous August.

In the end this All Ireland SHC round two qualifier was lost by just one point, but in terms of display, Limerick were again short of their best. Just as they had been throughout the league campaign as Limerick found themselves out of the running for promotion and facing a sixth successive season outside the top flight.

Player of the Year - Diarmaid Byrnes

IT may have been Kilkenny and Dublin players securing all the national honours but locally it was the name of Diarmaid Byrnes that created a stir.

His Patrickswell club-mate Cian Lynch was the new kid on the block for the Limerick senior hurlers but it was the name of Byrnes that was on most lips.

At centre back he powered The Well through the Limerick SHC. In the final defeat to Na Piarsaigh he showed great composure to score two goals from penalties early in the second half.

Also in the No6 jersey he helped Limerick to the Munster IHC final - where they lost to Cork in Pairc Ui Rinn. At U-21 level he was captain and stared at wing back in the victorious Munster and All Ireland sides. Strong in the air, a powerful runner, long range free-taker and with the ability to score from distance, Byrnes was named on the U-21 team of the year and rewarded with promotion to TJ Ryan’s 2016 Limerick senior panel.

PETER Casey was a shining light in pretty much every game he played during the past year.

At the outset of 2015 he was part of the Ardscoil Ris side that reached the Harty Cup semi finals. Indeed he has now come almost full circle and the 2015/2016 Ardscoil Ris senior hurlers have reached a January 13 Harty Cup quarter final. The ace-attacker then won a county U-21 hurling crown with his club Na Piarsaigh.

Then he played a starring role with the Limerick minor hurlers, from play and from frees dominating games. In the Munster semi final he popped up with a memorable winning goal. Limericks minor run was just over when he joined up with the Limerick U-21 hurlers ahead of their All Ireland series.

He played in both the All Ireland semi final and final as subs. He wasn’t finished and it was back to the club to star in Na Piarsaigh’s Limerick and Munster club SHC titles.

To round it all over he showed some fine footballing skills in December when part of his club side to reach the Limerick Premier U-21 football final.