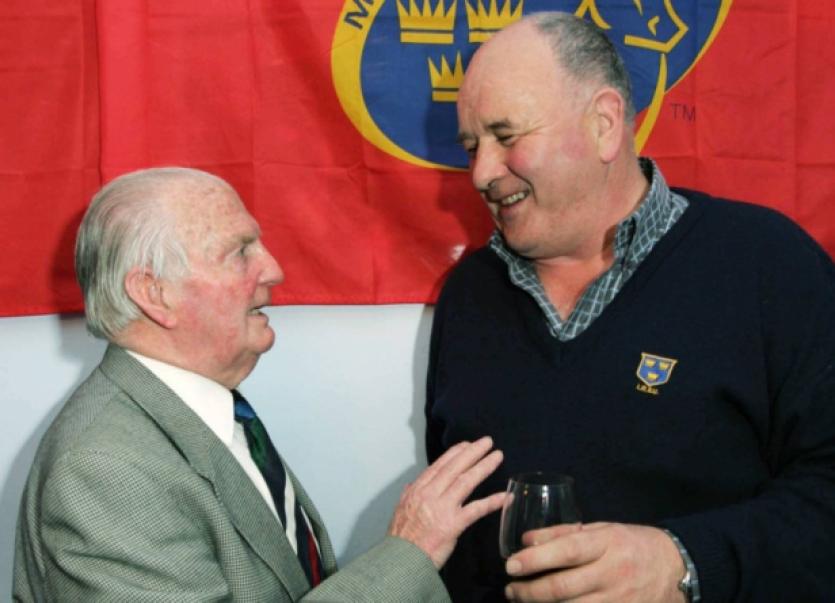 The death has occurred of rugby legend Paddy Reid - the only Limerick man to play on the Ireland Grand Slam-winning team of 1948. He was 91.

The death has occurred of rugby legend Paddy Reid - the only Limerick man to play on the Ireland Grand Slam-winning team of 1948. He was 91.

Reid, a hardcore Garryowen FC man, grew up beside the Franciscan Church in Limerick city and was educated in Crescent College. In recent times he lived on O’Connell Avenue.

He won his first cap on the tour to Australia in 1947 and played in the games against France, England and Wales in the 1948 season, scoring a try against France in Paris in the opening game.

He crossed codes to play rugby league professionally in 1949 with Huddersfield, a hugely controversial move at the time and he never played for Ireland again.

Reid later played hockey to a very high standard and also made a handful of appearances for Limerick FC in the Markets Field in 1956.

“There is a widely held belief that apart from (Jack) Kyle our back line was not that good,” said Mullen of the 1948 team. “It is an opinion I do not subscribe to. Kyle was certainly the master outside the scrum but the defensive qualities of the backs were excellent and that day in Belfast Paddy Reid and Des McKee were magnificent in defence.”

Reid’s last cap for Ireland was the game against Wales in Belfast that secured the Grand Slam in 1948 as he headed for Huddersfield and a couple of years in rugby league.

“It was most enjoyable and I made a lot of good friends,” he said of the experience, “but I missed home, didn’t like being away and returned to Ireland.”