Stade, Mr Darcy and 100 not out for Duncan 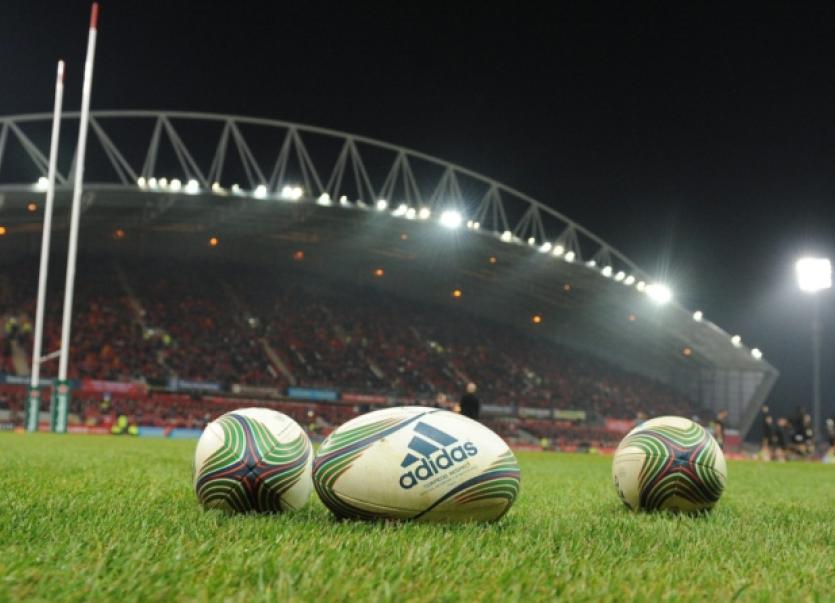 IF it’s January it must be the European Cup and Munster fighting for their lives to make the knock-out stages.

IF it’s January it must be the European Cup and Munster fighting for their lives to make the knock-out stages.

We have been down this road so many times in the past.

However, January 2016 is somewhat unusual in that Munster will face three Champions Cup pool fixtures this month rather than the normal two.

Of course, the home leg with Stade Francais on Saturday week and the away tie with Treviso on Sunday, January 24 will be ‘dead rubbers’ should Munster fail to see off French champions Stade in this weekend’s re-arranged Round 2 clash at the Stade Jean Bouin.

The mindset of French clubs in European competition is a subject which has long since fascinated rugby supporters in Ireland and the UK.

Stade Francais, for instance have won 38 and lost four of their home European fixtutes to date. Away from home, the Top14 side has lost 23 times in European competition.

One member of the Munster squad who is very well placed to explain why French clubs appear far more determined to win home games than those ‘on the road’ is the province’s Wallaby second-row Mark Chisholm.

Chisholm spent a number of seasons as captain of Top 14 side Bayonne.

Explaining the apparent ‘home and away’ mentality of French clubs, Chrisholm explained: “I tried to knock it on the head for the four years I was over there, I tried to understand how you could be that way. By the end of it I started to realise that the Top 14 is such a tough competition where you see teams like Bayonne beating teams like Toulon at home.

”Our team (Bayonne) when we sit down to play at home and then play away often the coaches would pick and choose which games you wanted to target.

”Generally, down the bottom of the table if we were playing Grenoble or Brive away we’d sort of target that as a possible game to get a bonus losing point or the away win. Whereas if you come against a Clermont who are going to European Cup finals should you put out your full team and risk injury. Obviously the player pool in these bottom teams isn’t as great as the pool in the top teams. There’s all strategies and that behind it.

”Myself I don’t see any issue of not going out to win. I do not step on that field wanting to lose or thinking I’m going to lose. That’s my mentality but there’s other blokes who think it’s impossible to win and who won’t put in 100%.”

Asked if he had managed to change the mindset of many of his former team mates, Chisholm replied: “It was tough it was small steps but you have your chances and there is also all other little factors too.

”You don’t like to talk about referees but it was always that 50/50 decision that you know if we got that we could have won or been on the front foot.”

DARCY ON DUTY FOR ‘TARF

MUCH of the focus for rugby fans on Saturday may have been on Munster’s crucial Guinness Pro12 game away to Ulster, but for many of the grassroots supporters, the resumption of the AIL was their priority.

It seems incredible on many levels that the high profile clash of Ulster and Munster should take place on the same afternoon as a full round of club fixtures but then again should we really be surprised by such a clash given the way the club game has been allowed go.

Those who left the comfort of their armchairs to watch live rugby locally on Saturday could have done worse than have gone to Dooradoyle where Garryowen hosted Clontarf.

Among the familiar faces in ‘Tarf’s line-up was Matt D’Arcy, the talented centre who recently spent some time with Munster.

D’Arcy joined Munster on a short-term basis at the start of the 2015/16 season. Although he did not make a competitive appearance for the province,

D’Arcy featured in all three of Munster’s pre-season games and started for Munster A in the four rounds of this year’s British and Irish Cup, scoring a try against Ospreys Premiership Select.

D’Arcy was snapped up by Munster on the back of an impressive season for the Ireland Club XV captain which saw him become the Ulster Bank Division 1A Player of the Year as well as being the league’s top try scorer.

It was good to see a player who excelled in the club game get a chance to impress in the professional ranks. Hopefully, the trend will be continued with some more players – and closer to home as well.

TON UP FOR WILLIAMS

Williams has showed admirable resilience during his time at Munster where he has been the second chance scrum-half since making his debut for the province in December 2009.

Williams won 47 of his 100 caps to date in the starting line-up, while 53 more came when he was introduced as a replacement.

Not all fans appear to appreciate his qualities as a player, but Munster showed big faith in him when offering him a two-year contract extension last February.