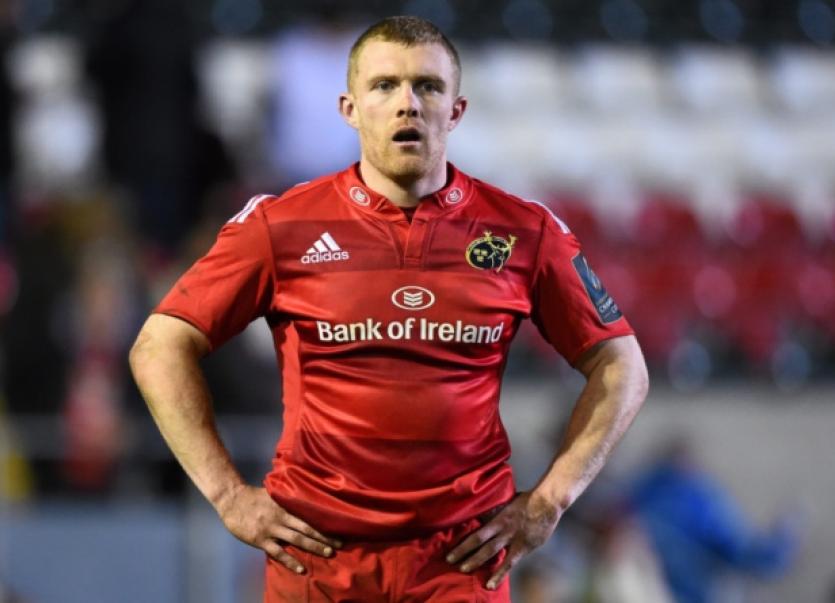 MUNSTER coach Anthony Foley admitted that his side’s failure to take the chances they created cost them the game against Leicester in Welford Road on Sunday.

MUNSTER coach Anthony Foley admitted that his side’s failure to take the chances they created cost them the game against Leicester in Welford Road on Sunday.

Munster went down 17-6, their second loss to the same opposition in eight days in Pool 4 of this season’s European Champions Cup. The double defeat leaves the province with a mountain to climb if they are to come second in the pool and amass enough points to take one of the quarter-final places on offer.

“We made hard work of it when we got into the Leicester 22,” said a visibly downbeat Foley after the game. “We didn’t stay patient. Didn’t score enough. Turned over the ball way too softly. Bit different than it was last week. We created opportunities - forward pass, getting turned over. Frankie (Saili) went half the length of the pitch. (They were) massive turning points in the game and they take momentum away from you.

“Half of me I’m so proud of the boys in what they did, how they played the game, how they went about their business. But the other half of me is disappointment of not being clinical enough or not being ruthless enough. We’ve come here a couple of times before and you’ve got to be lucky enough to get those oppportunities and take them. Thought the boys created the opportunities but didn’t finish it off and that’s probably the pain that will stick with us.”

Foley refused to accept that Munster are in a transitional phase having lost a lot of their most experienced players, most notably Paul O’Connell.

“We’re never in transition,” he added. “A club like Munster you have take the highest peak that’s possible. The word transition never comes into it. We have an expectation to play at the top and at the moment we’re fighting to stay up there.”

Leicester’s Director of Rugby Richard Cockerill was happy with the win, even if the performance wasn’t fully to his satisfaction.

“A great four points,” he said. “Probably a bit disappointed with the performance. Our ability to track back and defend got us the win. Munster were fantastic tonight and played exceptionally well but those moments (the tackles on Francis Saili and Simon Zebo) saved the game for us. That was the moment that won the game for us. Immense to get the turnover and got the stadium on its feet.

“I thought Munster’s ball carrying and breakdown work was very good. Thought they could have scored two or three tries. Anthony is getting a lot of stick at the moment but his side were gutsy tonight and deserve a lot of credit.”