Under starter’s orders at Limerick Racecourse 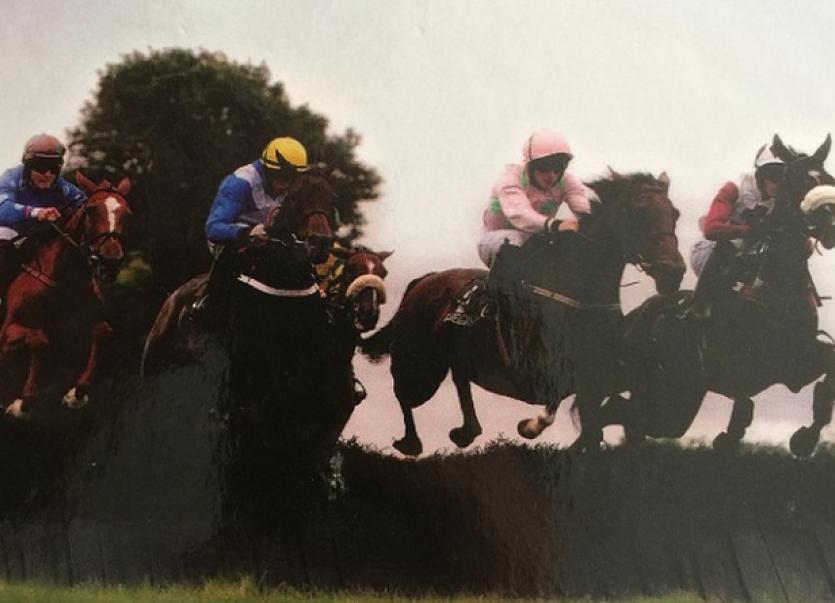 UP to 40,000 racegoers are set to throng the enclosures at Limerick Racecourse over the next few days as Greenmount Park hosts the four-day Shannon Airport Limerick Christmas Racing Festival

The National Hunt racing bonanza will boast more than €450,000 in prizemoney and remains one of the biggest events in the regions sporting and social calendar.

Several stars of the jump racing game in Ireland have won races at the Limerick Christmas Racing Festival, including reigning Champion Hurdler Faugheen, Weapons Amnesty and Martello Tower, went on to win races at the Cheltenham National Hunt Festival in March.

RTE is once again set to televise the feature race on each day from Greenmount Park.

The feature race on the opening day of the 2015 Limerick Christmas Festival, the €42,000 Grade 2 Shannon Airport Novice Steeplechase, was won 12 months ago by exciting chaser Gilgamboa, trained in Bruree by Enda Bolger and owned by JP McManus.

The feature race on December 27, the €50,000 Grade B Tim Duggan Insurance Steeplechase, will also be shown live on RTE as will The Listed Irish Independent 4yo Hurdle of €26,000 on December 28 as well the final day feature, The Grade 2 Kirkland Investments Novice Hurdle of €42,000.

“We have 18 meeting in our season, but it all boils down to Christmas at the end of the year. It’s the highlight. The four days are huge, both from a commercial point of view and a racing point of view.

”With only a few days to go now, it is very much all systems go. I can’t wait for the first race to go on post on December 26.

”The importance of it to the local economy and people involved in the game, trainers, owners, jockeys, it is fantastic.

“It is a great sign of a recovery for the industry and the country. It is another positive thing for the region.

“St Stephen’s Day is D-Day. It is a social occasion, a long-standing tradition in Limerick. It’s the place everyone comes.

“We are unique here in lots of ways at Limerick Racecourse. Being located on the cusp of Limerick city we would attract a lot of social racegoers and people who may not have been racing before. It is fantastic we have such a modern facility here.

”Having our feature race on each day featured on RTE adds to our profile. It gives added prestigue.

”We are hoping to attract 40,000 over the four days. That makes it the biggest social gathering over Christmas outside of Dublin. It is fantastic. Our sales and hospitality bookings have been phenomenal this year.”

Conor O’Neill is confident the very wet weather of recent weeks will not disrupt the staging of this year’s Festival.

“The weather is a major factor. For the past few weeks I have been driving myself demented with weather forecasts. I have them coming out my ears.

”In 2014 I had about 96mm of rainfall here for the whole month of December which we exceeded in less than a week at the start of the month this year.

”Our team on the track put in a fantastic effort to be fair to them. Over the past number of weeks they have done everything in their power to ensure that we race for the four days.

”I am very, very confident we won’t foresee any issues over the four days thanks to the work they have put in.

”I will have a team of more than 40 staff working on the track alone this Christmas. They will work from first light until it gets dark and maybe a little after to ensure its raceable every day.

”The rain we have had has been phenomenal. We are lucky that we have such a fantastic facility. We will race on fresh ground each day which is also very important.

”I am absolutely delighted that Shannon Airport have made the commercial decision to continue their sponsorship of the festival for year two. I would like to think that they have seen the value of it. It is a fantastic partnership to have from our point of view. They are an iconic brand internationally.”