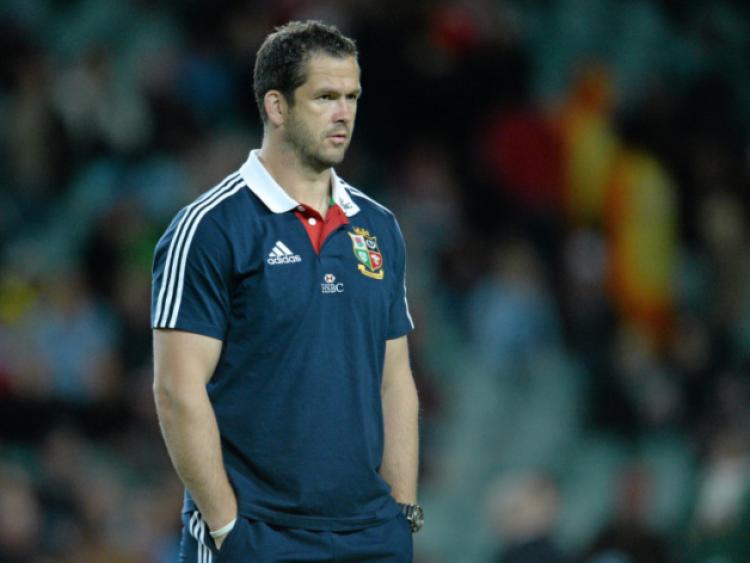 ANDY Farrell is set to join the Munster backroom team on an interim basis.

ANDY Farrell is set to join the Munster backroom team on an interim basis.

It’s being reported this Tuesday that English man Farrell, who was last week appointed as Ireland defence coach, will be spending at least one day a week working with the province’s coaches for the remainder of the season.

Struggling Munster are expected to confirm the news later today at the province’s media briefing ahead of Saturday’s Champions Cup pool fixture with Stade Francais at Thomond Park, 1pm.

Farrell was assistant coach with England from 2011 to 2015 as well as defence coach for the 2013 Series-winning British & Irish Lions tour to Australia.

Previous to joining the England set-up, he coached Aviva Premiership side Saracens. A dual code player, he played rugby league for Wigan (370 caps), England (11 caps) and Great Britain (34 caps) before switching to union and joining Saracens.

Munster head coach, Anthony Foley in a frank interview in the wake of Saturday’s shattering Champions Cup defeat away to Stade Francais, admitted he would be judged by results.

“It’s about results, and I said it before and I’m clear on it: if I don’t feel I can get results, there’s no point in being here,” Foley said.

“I’ve been brought up through here. I’ve been here a long time. I’ve come through the schools and everything, so it’s about winning. It’s not about people. It’s about getting results. It doesn’t matter. Sport has no memory, no conscience, so it doesn’t care. You’ve got to be able to do a job and make sure you get results.”