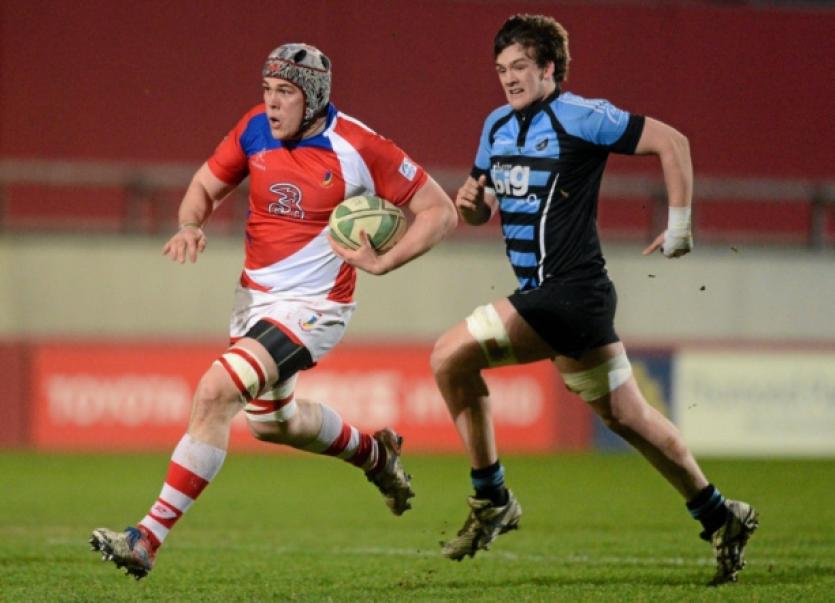 THE fixtures continue thick and fast in the Ulster Bank All-Ireland League this week with the 1B meeting of UL-Bohemian and Garryowen at Thomond Park on Friday topping the local bill of fare.

THE fixtures continue thick and fast in the Ulster Bank All-Ireland League this week with the 1B meeting of UL-Bohemian and Garryowen at Thomond Park on Friday topping the local bill of fare.

Both sides will be desperate to record a win as seventh-placed UL-Bohs look to break a four-game losing win in the Division and Shannon rooted to the foot of the table.

Such is the competitive nature of the division that although Shannon prop up the table, the Parish side are just three points adrift of the Annacotty side. Kick-off 7.30pm.

UL-Bohs are playing their second Limerick derby in the space of seven days on Friday having lost out narrowly to Garryowen at Thomond Park last Friday night.

UL-Bohs head coach, Colm Tucker said: “Looking back in the cold light of day we took a losing bonus point from the Garryowen game and move don.

“We have Shannon here at Thomond Park on Friday night. If you cannot get up for that, there is something wrong with you.

“It is something we will look forward to, another tough game, a big Limerick derby.”

Shannon will feel they deserved to tak more than a losing bonus point from their 13-7 defeat to Dublin University at College Park on Saturday.

Head coach, Ian Sherwin said: “Against Harlequins two weeks ago and again last Saturday against Trinity, we made a few mistakes and didn’t take our chances.

“From our point of view one win and everything changes. There are six or seven teams separated by three points.”

“The derby games are great. It would be great to see a big crowd at it. These are tough, tough matches. Irrespective of form, they invariably go down to the wire. Both games last season were incredibly tight.”

Garryowen will be looking to build on their 11-6 derby win over UL-Bohs on Friday.

In Division 2A, Thomond host Skerries at Fitzgerald Park while, in 2B, Richmond host Sligo, while Old Crescent travel to Cork to face Sunday’s Well and Bruff travel to Tullamore.