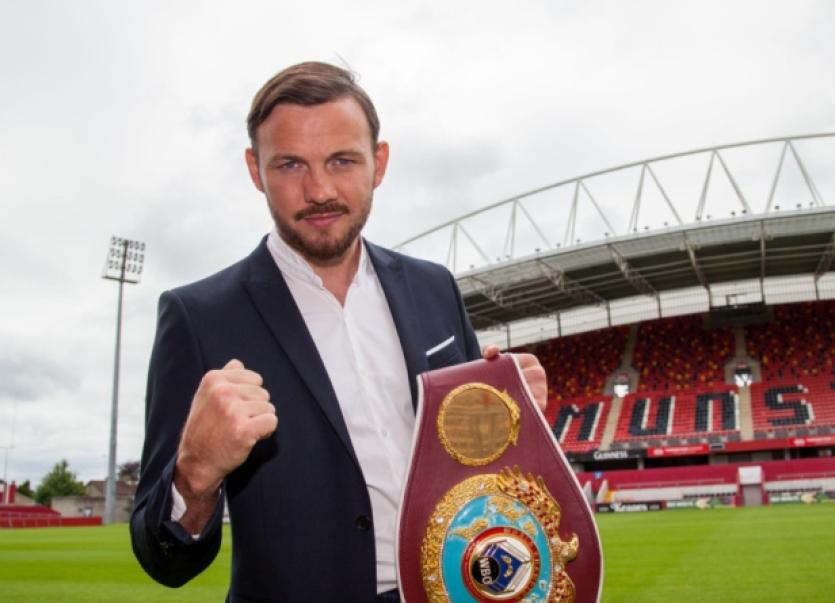 Hurling, boxing, soccer, rugby and golf. They all feature in the main sports news in Limerick today.

Hurling, boxing, soccer, rugby and golf. They all feature in the main sports news in Limerick today.

The starting 15 has been named for Limerick’s crunch clash with Tipperary this Thursday. Manager John Kiely has picked senior footballer Gearoid Hegarty in the half back line along with captain Diarmaid Byrnes and Barry O’Connell. Cian Lynch is the only member of the starting lineup from the senior hurling panel.

Limerick’s middleweight world champion Andy Lee expects his fight with Billy Joe Saunders on September 19 to be something akin to a war. Speaking at yesterday’s press conference at Thomond Park, Lee said: “This will be warfare. This isn’t tiddlywinks, we will both be trying to take each other’s heads off when that bell rings.” Tickets are available through Ticketmaster and various other outlets.

Rugby - O’Connell on his move to Toulon

Ireland captain Paul O’Connell has revealed the process that saw him move from Munster to Toulon. O’Connell had initially turned down a move to the French giants but changed his mind, admitting that ‘a small bit of regret snuck in’. Speaking on the move O’Connell said: “It’s an opportunity for me to do something different. It’s a great opportunity for me from a rugby, and from a lifestyle point of view.”

Former Irish international Damien Duff has signed for Shamrock Rovers on an 18 month deal. Duff had last played for Australian side Melbourne City. The 101 capped winger told Shamrock Rovers website that he was ‘very excited’ to have signed and he could not wait to get started.

Jordan Spieth is unsurprisingly the favourite going into the Open Championship which starts at St Andrews tomorrow. Current US Open and Masters champion Spieth has been paired with Dustin Johnson and Hideki Matsuyama. The Irish challenge will come from Shane Lowry, Graeme McDowell, Padraig Harrington, Darren Clarke and amateur Paul Dunne.