Foley urges Munster fans to turn out in force 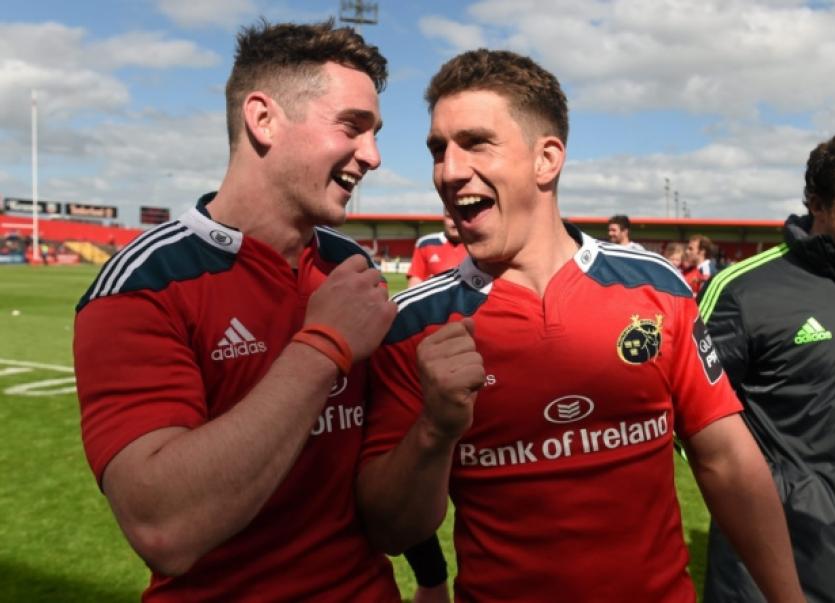 MUNSTER demolished Dragons 50-27 on the final day of the Guinness PRO12 regular season to set up a mammoth semi-final clash with Thomond Park on Saturday next, 2.30pm.

MUNSTER demolished Dragons 50-27 on the final day of the Guinness PRO12 regular season to set up a mammoth semi-final clash with Thomond Park on Saturday next, 2.30pm.

A combination of Munster’s five-point haul against the Dragons and the Ospreys failure to pick up a bonus point against Connacht ensured Anthony Foley’s men pipped the Neath-Swansea outfit to the second home semi-final berth.

Securing a home tie is a major boost for Munster, not only financially, but also because no away side has managed to win a PRO12 semi-final since the introduction of the play-offs six seasons ago.

However, Munster will be wary of the threat Ospreys will bring to Limerick as the Welsh region completed a home and away double over Anthony Foley’s charges during the regular season.

Foley is hoping Munster fans come out in large numbers on Saturday as the province returns to play at the Limerick venue following a lengthy break.

Foley said: “We’re hoping the people of Limerick and the north Munster region will come out and support us and make sure we’re well supported and the hard work the boys have done over the last three or four months since we’ve been knocked out of Europe.

“I think we’ve gone about our job to try and make sure we’ve something to celebrate at the end of the year and hopefully we can get something. But it’s going to take a lot of hard work and we’d appreciate the help of Thomond Park.”

Tickets for the semi-final have gone on sale via Ticketmaster as well as through the Munster Rugby Supporters Club and local rugby clubs.