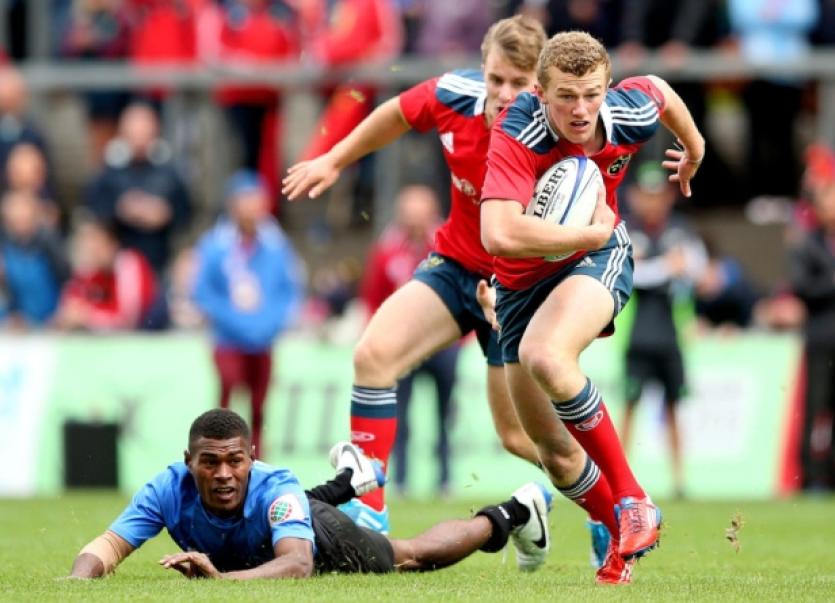 Twelve top provincial and club sides from both the Northern and Southern Hemispheres competed in the two-day feast of 7s rugby which attracted thousands of rugby fans.

Munster, who had beaten Daveta in the pool stages of the competition on Saturday, lost out to the eventual winners, 10-12, at the quarter-final stage. The home side went on to claim a seventh place finish beating the Blue Bulls.

Up to 10,000 spectators turned out to watch a thrilling day of 7s action on Saturday, while the day two attendance was also impressive with several thousands fans attended.

While Munster 7s coach, Colm McMahon was disappointed to exit the Cup at the last eight stage, he can be pleased with how the team acquitted itself, especially in coming through Pool C with three wins.

“We learned a little bit in the first game on Saturday. Credit to the players, they realised very quickly what was required and brought it into the remaining pool games.

“We have a mix of professional players and Academy guys there, maybe two or three steps away from being a professional player. Most of the guys have been involved in Munster teams all the way up. We knew we had a good group and they brought a lot of pride into the Munster jersey.”

Among the players to impress for Munster was try-scoring Academy member Stephen Fitzgerald, who played for Ardscoil Ris in this year’s Munster Schools Senior Cup final.

Colm McMahon said: “Stephen Fitzgerald is a very good athlete, a very good footballer. He has a lot of natural, raw ability.

“To me, it seemed like the crowd enjoyed it despite the weather on Saturday evening. Hopefully it will grow. We had a real sporting, Thomond Park crowd in. They supported the teams all the way.”

Munster’s 7s captain Ronan O’Mahony said: “It was a small bit of the unknown for us, but everyone bought into it. The coaches gave us great guidance. This is only the first year. The crowd and buying into it and so are the players. We are looking to make this a big event every year.”

Munster will be keeping their fingers crossed that the injuries picked up by Van den Heever, Luke O’Dea and Shane Buckley over the weekend don’t prove serious.

Terry Burwell, Tournament Director, added; “The Limerick World Club 7s has been a great success and the standard of rugby on show has been fantastic.

“We were thrilled to have Munster take part and it was a great opportunity for local fans to see some of the terrific talent that is coming through the province.

“I’d like to thank Limerick city for embracing the tournament we’re already looking forward to next year’s event.”