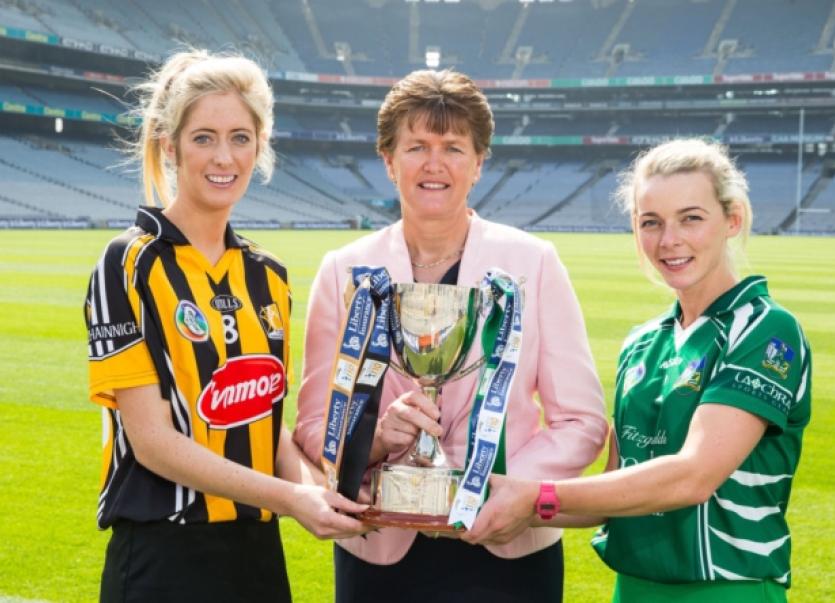 JOE Quaid gathered his players in a huddle in front of Hill 16 and his message was simple.

JOE Quaid gathered his players in a huddle in front of Hill 16 and his message was simple.

“We promised that we would stay together and come back stronger,” recalls the Limerick camogie manager.

Limerick had just lost the All-Ireland intermediate final and up the field Galway were celebrating.

Almost 12-months to the day, Limerick are back in the final this Sunday.

Today they play Kilkenny in the All-Ireland Intermediate camogie final, which has a 2.00 start in Croke Park - the final will be televised live on RTE Two television.

Victory over Kilkenny will see Limerick crowned champions for the third time - previously successful in 1996 and 2007.

And, just as importantly, it would secure promotion back into the senior championship, which Limerick have never won - although they lost the 1980 final.

All indicators suggest that the time is opportune for Limerick to return senior after spending much of the past decade out of the top tier.

Officials, coaches and players have turned around the fortunes of Limerick camogie in the past two seasons and lifting Croke Park silverware on Sunday would crown a most remarkable year.

But ultimately, Sunday is the one win that all crave.

Just like last year the Joe Quaid managed Limerick were on the short-list of potential winners from the outset of the second tier championship.

But much has changed in the past 12-months.

Firstly Limerick spent the spring playing Division One in the league with wins over Derry and Galway and top quality games against Clare and Kilkenny.

After winning Division Two in early 2013, the step-up in the standard of the opposition was clear but Limerick held their own -reaching the semi-final.

A new departure in the league saw the affiliation of a second team - which played in Division Four. A mix a youth and experience, this proved an ideal opportunity to get inter-county games to all involved in the 50-strong inter-county training panel.

They exceeded all expectation when beating Kerry to claim the title.

They advanced to also win the fourth tier championship title - beating Carlow to lift the Junior A championship.

But to-date most plaudits must go to the county minor team - winning the All-Ireland A championship for the first time ever with a replay win over Cork.

That’s three national titles in Limerick and all hope to make it four on Sunday.

If success breeds success, then Limerick are poised to bring some badly needed success home from Croke Park.

Perhaps Limerick’s camogie progress was ahead of schedule last year.

But on Sunday they appear to have all areas covered.

The younger panel members have both gained in experience and tasted success.

On top of that is the return to the team of talented duo Claire Mulcahy and Aoife Sheehan - All-Ireland winning captain in 2007.

All in all, Quaid and his management have moulded what looks like a solid starting team with viable options from the substitutions bench.

But they certainly had to battle to beat Waterford 0-9 to 0-8 in the semi-final in Carlow.

As well as that win, Limerick have used challenge games against senior county’s Wexford and Cork and reigning All-Ireland club champions Milford to sharpen preparations.

Limerick’s central spine is strong with Sile Moynihan in goals and Michelle Casey and Sarah Carey the backbone of the defence.

All will need to dominate their respective duals to give Limerick the platform for victory.

What is most impressive is that Limerick have plenty more talent outside of that key five.

The third of the Mulcahy sisters, Claire will be at wing back.

From midfield into attack, Limerick have options to move players around and have done so.

The attack offers both pace and skill but taking early scores will be necessary to settle all and not become over reliant on the frees of Mulcahy.

The visits of varying hurling teams to Croke Park recently has shown the importance of goals.

Limerick have played five telling games this season (Waterford, Cork, Clare (2) and Kilkenny) but scored just one goal. If Limerick can find the net on Sunday, history can be theirs.