Munster drawn with Fijian side in World Sevens tournament 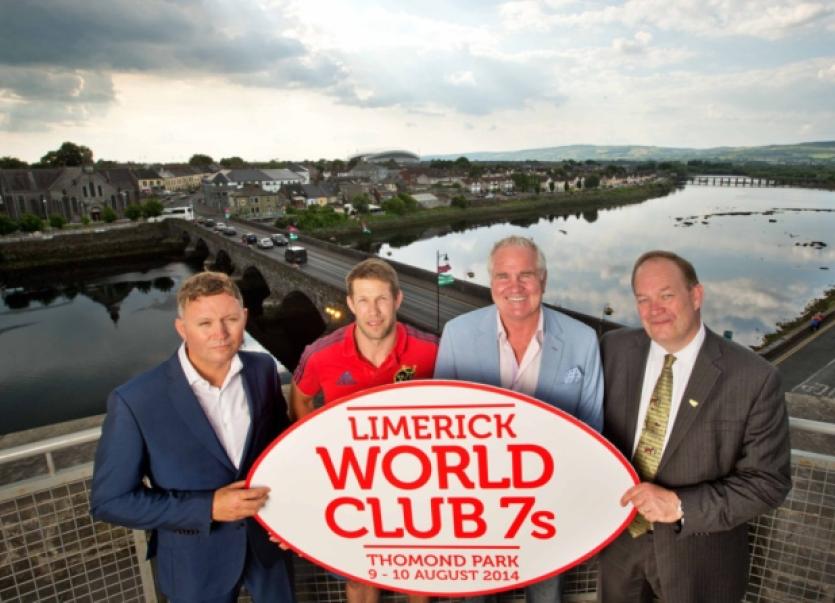 Munster will play Fijian superpowers Daveta in the Limerick World Club Sevens after the draw was made on Tuesday evening at King John’s Castle.

Munster will play Fijian superpowers Daveta in the Limerick World Club Sevens after the draw was made on Tuesday evening at King John’s Castle.

The Fijians are widely one of the top teams taking part in August’s event which will be held in Thomond Park. The hosts will be joined by Russians Moscow and San Francisco Golden Gate who in Pool C.

The pool stages of the competition will be played on Saturday August 9th with the Cup, Plate and Shield competitions taking place on the following day. The event is the first of its kind to be played in Ireland and will take place in Limerick for the next five years.

Pool A sees the Auckland joined by Super 15 side the Vodacom Blue Bulls of South Africa. Heineken Cup runners up Saracens are also the pool alongside New York City.

Pool B is equally strong and also has Super Rugby representation in the shape of the new South Wales Waratahs. DHL Western Province from Cape Town are another strong Southern Hemisphere side in the group. French giants Stade Francais will also bring flair to this pool as they were drawn alongside Canadian outfit Vancouver.

Stadium Director at Thomond Park John Cantwell said; “Thomond Park Stadium is delighted to be hosting the inaugural Limerick World Club 7s Tournament on August 9/10. This international tournament and associated festival provides a perfect opportunity to create a legacy event that will deliver significant economic and social benefits year on year and also promote Limerick and the region in a very positive manner.”

Each of the 11 travelling teams will have an “Embassy partnership” with a local Limerick pub. Each of these pubs will celebrate the culture, food and traditions of the visiting team. The Blind Pig pub will welcome the New York City team by serving New York dogs and Brooklyn lager.

It is hoped that the tournament will have big economic benefits for the city.

CEO of the Limerick Marketing Company, Eoghan Prendergast said: “Sport is a major economic driver for Limerick and the World Club 7’s event will have a significant impact on the local economy. We look forward to welcoming the teams and supporters and putting on a great show.”

Many of the teams on show will be traveling to London the week after this event to play the World Club Sevens tournament in Twickenham. It is hoped that many supporters going to the event in London will come over early for the Thomond Park event.