Who said what in the latest Limerick hurling controversy 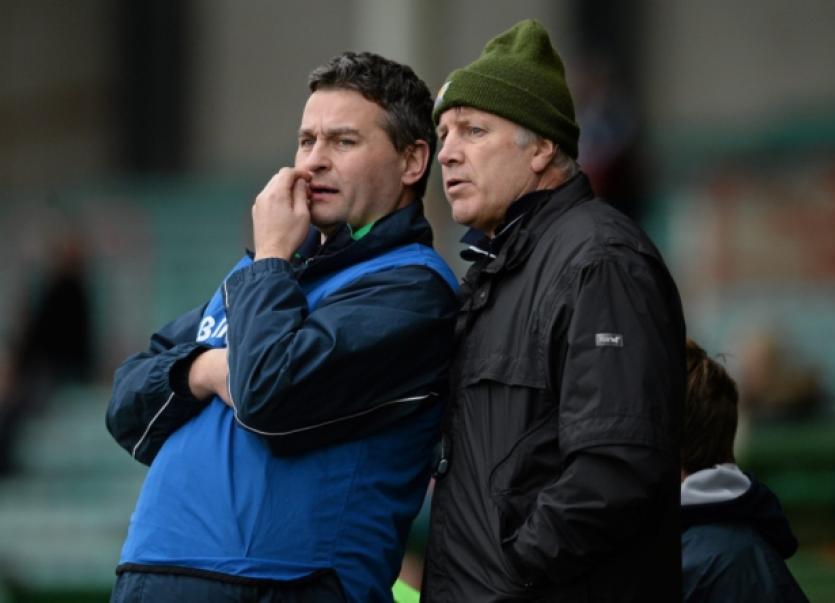 The original County Board comments, Donal O’Grady’s statements, Limerick GAA’s response and TJ Ryan’s statement are included as we document who said what and when in the current Limerick hurling row.

The original County Board comments, Donal O’Grady’s statements, Limerick GAA’s response and TJ Ryan’s statement are included as we document who said what and when in the current Limerick hurling row.

“They (the management) basically apologised for the performance against Offaly, in particular.

“They put their hands up. I am not here to defend the indefensible because I am as disgusted as everyone else. I was in the Gaelic Grounds and had to walk through the 2,000 people that were there from Limerick and there was fire coming out of their eyes - there is no one hiding from it.

“We basically outlined the dissatisfaction of the board to the league - we went through every aspect of the performances during the league and in particular the Galway game. I think that everybody here will agree that the second half performance against Galway was very disappointing. I was going through the Gaelic Grounds after the game people were full of venom, is the word that I would use they were so disappointed.

“We are all disappointed and there is no doubt about that - even more disappointed than coming out of Thurles last year after Dublin beat us. We have to get behind the team and management because we don’t have any other choice.

“Having spoken with them they are very much aware of the way the GAA public in Limerick feel and they are also aware that the management of the County Board was not happy with the performance during the league - they were left in no doubt of that.

“I left Rathkeale happy that they are going to make every effort, a superhuman effort to turn things around.”

“Limerick hurling co managers TJ Ryan and Donal O’Grady sought an immediate meeting with county board officers when certain statements at a recent board meeting appeared in the press,” it read.

“One such statement informed the meeting that the co-managers ‘apologised for the abysmal’ displays during the league at a previous league review meeting.

“This statement was simply untrue.

“Furthermore the co-managers were appalled and alarmed that such statements would be made as they completely undermined the efforts of the players who had worked tremendously hard over the winter to advance the cause of Limerick senior hurling.

“The co-managers sought a retraction of the ‘apology’ statement and clarification of other statements at this joint meeting between the officers and managers on April 11 (three days after the board meeting).

“At the outset of this meeting chairman, Oliver Mann, admitted without issue, that no apology was ever tendered to the officers by the management.

“It was decided to issue a statement on the Limerick GAA website the following day withdrawing the untrue statement, while clarifying others. This did not happen.

“Donal O’Grady wishes to state that regretfully at this point in time he has no other option but to step down forthwith from his position of coach and co-manager.

“The chair of the board and the players and other members of the management team have been informed. As upcoming fixtures are in place, TJ Ryan will continue in his managerial role in the interim, in the interests of continuity.”

“The Management Committee of Limerick County Board convened last night to discuss the resignation of Donal O’Grady as joint manager of Limerick Senior Hurling Team. The Chairman expressed his disappointment at the decision particularly so when efforts were ongoing to finalise an agreed statement clarifying matters arising from the April County Board meeting.”

“The Chairman confirmed that the draft statement had included a statement confirming that the joint managers had never apologised for the performance against Offaly, however they had accepted full accountability and taken full responsibility for failing to achieve league promotion. Unfortunately Donal O’Grady was reluctant to agree the statement or engage with a third party intermediary to finalise an agreed statement. In the end he choose to resign his position and informed the Chairman by voicemail before 10pm on Sunday night last.”

“Management decided unanimously to confirm TJ Ryan as manager with selectors Mark Lyons and Paul Beery until the conclusion of this year’s championship. It was also agreed that the Chairman, Secretary and Treasurer in consultation with the team management would identify and appoint a hurling coach as a priority. County Management confirmed their full confidence in the management and team and reaffirmed that every support required to prepare for the Munster Championship will be made available to the management and team.”

“What has happened over the last two weeks has been regrettable and untimely for Limerick hurling.

“I firmly believe that Donal O’Grady and I acted correctly in pursuing a retraction from Co board in connection with comments concerning an apology regarding league performance. The Co board have only now corrected this. We were both fully involved together in this situation and it is unfair to point the finger at Donal O’Grady, as we were not to blame for this. We both felt that arbitration was unnecessary. All that was required was a simple one-line statement,” said Ryan.

“We agreed that I would remain on in the interim as upcoming fixtures, particularly a charity fund-raiser against Cork, were in place. Both myself and Donal worked very well together at all times and training had been going very well. It is regrettable that this issue could not have been sorted immediately and a resolution found.

“My focus now is to ensure that I along with Paul Beary and Mark Lyons ensure the best preparation is put in place for upcoming Munster championship game, which is the very least our players deserve.”

“I have to say I was very disappointed with it (the statement) because there was efforts made in that statement to discredit me, particularly around the voicemail issue, because I spoke with Oliver Mann last Sunday night and what happened was that I rang him on Sunday night and I got his voicemail first.

“We decided that I would ring Oliver and then that we would send out emails to the players because it was important that they didn’t find out through press, Twitter or some other source.

“Now I couldn’t get Oliver at the beginning so I left a message on the phone and rang him back within minutes. And in fact we had a very cordial conversation and I told him I was impressed with the fact that he admitted immediately at our meeting in Charleville on April 9th that we hadn’t apologised and he has always struck me as a very decent man, a very sincere man and he just noted at the end that he was very sorry to see me stepping down. And that’s how we left it.

“To leave a sentence hanging there, that I had resigned by voicemail, I think that was an effort to discredit me as it would show a total lack of respect on my behalf to chairman Oliver Mann and I just want to refute that because I was very, very disappointed that that would be put on the Limerick website.

“We said at a previous meeting that we took full responsibility for the way the team played at all times, because a manager has to do that and as I said it’s the job to protect the players, but we wanted to get the message out there as quick as we could and put this thing to bed.”