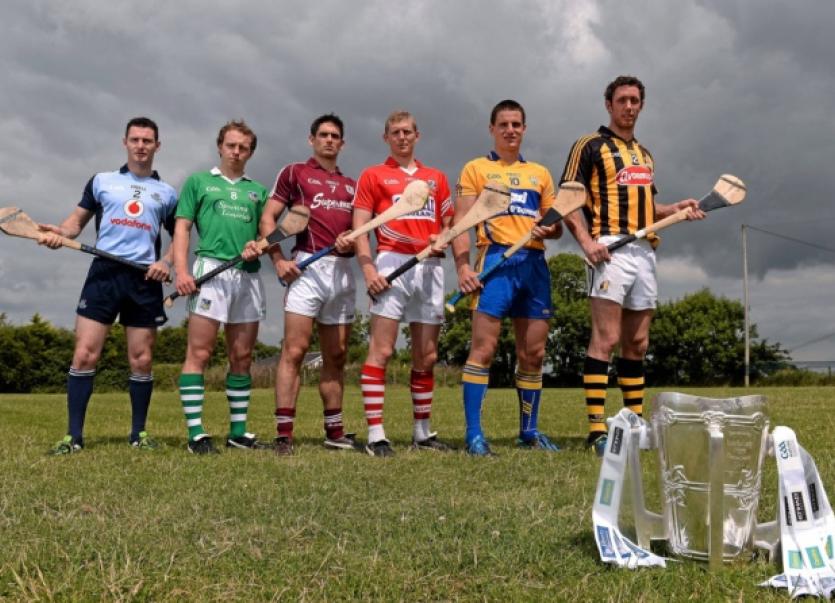 WHAT is certain is that Limerick will play in the All-Ireland semi-final on August 18 in Croke Park.

WHAT is certain is that Limerick will play in the All-Ireland semi-final on August 18 in Croke Park.

The opposition won’t be known until after the two quarter-finals in Thurles on July 28.

And, Limerick won’t play Cork again, so that means it’s either Kilkenny, Galway or Clare in the semi-final.

Incidentally Limerick have played all, bar Galway, in championship hurling in recent years.

Here we take a closer look at the teams still standing in this year’s championship.

STRENGTHS: The longer the championship progresses the stronger that Brian Cody’s side will get in terms of a return to full fitness for Michael Fennelly, Henry Shefflin and Jackie Tyrrell. They have unrivalled experience at this stage of the All-Ireland SHC and losing a second time in this championship will be unthinkable for The Cats.

Weaknesses: There is no doubting that Offaly, Dublin, Tipperary and Waterford have all exposed weakness in the Kilkenny armoury. They don’t look as tight in defence and without Shefflin, the attack isn’t its usual fluid self.

History with Limerick: Limerick and Kilkenny met in the All-Ireland quarter-final 12 months ago when two Henry Shefflin goals proved the difference after a heroic Limerick display from John Allen’s men, who had ran Tipp close weeks earlier.

Strengths: The Tribesmen will be able to call upon the experience of last year as the bigger days approach and also the Croke Park factor won’t be an issue for Anthony Cunningham’s side. Joe Canning is clearly another plus.

Weaknesses: Galway have been but a pale shadow of the side that ran Kilkenny to a replay in last year’s All-Ireland final. They have failed to find any momentum or intensity in the league or championship games against Laois and Dublin to date. Concerns persist about the centre of the defence and where is best to position Joe Canning.

History with Limerick: Last met in the championship on July 9 2005 in a final round group game in the qualifiers. Both had already booked quarter-final places but Galway were 1-18 to 2-14 winners in the Gaelic Grounds.

Strengths: There is no doubting the potential in all areas of Davy Fitzgerald’s young squad. At minor and U-21 level they are well versed in what is needed at the later stages of the All-Ireland championship. Yet this season they appear to lack the confidence to kill of games with the necessary scores.

Weaknesses: To date Clare simply haven’t caught fire. Aside from the extra time against Wexford they have lacked any flow to their game and appear to rely heavily on a series of training ground tactics.

History with Limerick: Limerick defeated The Bannermen to book an All-Ireland quarter-final spot last summer after failing to beat Clare in three previous encounters that year.

Strengths: Momentum is everything and its the big ace that Anthony Daly holds right now. They previously won the Division 1B league title before adding the historic Leinster crown. And, they have shown, like Limerick in 2007, that there is no match for a run of games. For the first in years they are mostly injury free and the series of games have allowed them to find their best line-up and formation.

Weaknesses: Expectation will reach unknown levels for the men from the capital ahead of their semi-final and how they handle that could be key. To-date Limerick have shown they can handle the extra pressure but its only now that Dublin will be really in the headlines. On the field their full back line could be an area to target.

History with Limerick: The sides met on July 24, 2011 in the All-Ireland quarter final in Thurles. It was a Ryan O’Dwyer hat-trick of goals that divided the teams at the final whistle - 3-13 to 0-18. The sides also met twice in this year’s league campaign with Limerick winning in Croke Park but Dublin winning the Division 1B final in Thurles. Another Dublin clash can only occur in the All-Ireland final on September 8.

Strengths: Given the time and space Cork have the forwards to run up big totals but they are unlikely to find anyone left in the championship they will stand off their attackers. They have big players in Patrick Cronin and Shane O’Neill but are otherwise lacking leaders in key areas.

Weaknesses: Firstly they are far from at full strength with injuries to Paudie O’Sullivan and Brian Murphy on top of a number of dual players opting for football with Conor Counihan’s panel. On top of that could be Patrick Horgan’s suspension. Jimmy Barry Murphy is yet to settle on his best formation and appears to have too many similar players in attack.

History with Limerick: Last Sunday will live long in the memory of all Limerick hurling folk and a rematch can now only happen in the All-Ireland final.