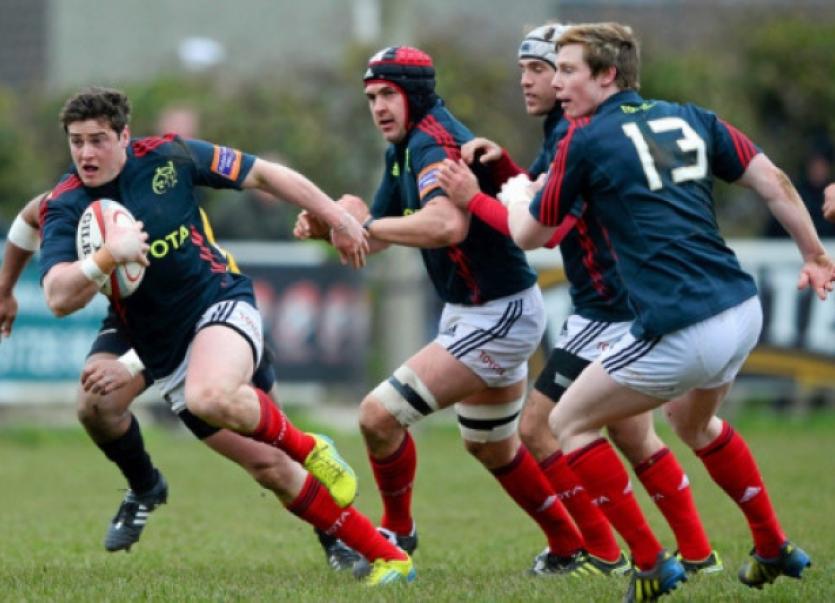 Twenty three-year-old O’Mahony is rewarded for a string of impressive performances for both the Munster A side and Garryowen in the AIL by being named on the right wing for tonight’s (Friday) clash.

Former Castletroy College star, O’Mahony, who is in his third year with the Munster Academy, was recently awarded a development contract for next season by Munster. Ronan’s older brother Barry, who also received a development contract for next season, has already featured for Munster in the PRO12 this season having come on as a replacement against Edinburgh at Murrayfield.

Munster coach Rob Penney has included just three players who started against Leinster last weekend for tonight’s clash with Dragons. The three survivors from that defeat are Denis Hurley, Ian Keatley and Damien Varley. The side features several players who played for the Munster A side in the British & Irish Cup win over Cornish Pirates a fortnight ago.

With Munster’s hopes of making the knock-out stages of the PRO12 over, Penney has chosen to rest most of his frontliners with the big Heineken Cup semi-final showdown with Clermont Auvergne now just a week away. Marcus Horan, Munster’s most capped forward, is included on the bench.

Tonight’s game in Wales is not being televised live, but Munster Rugby will be tweeting updates on the fixture.