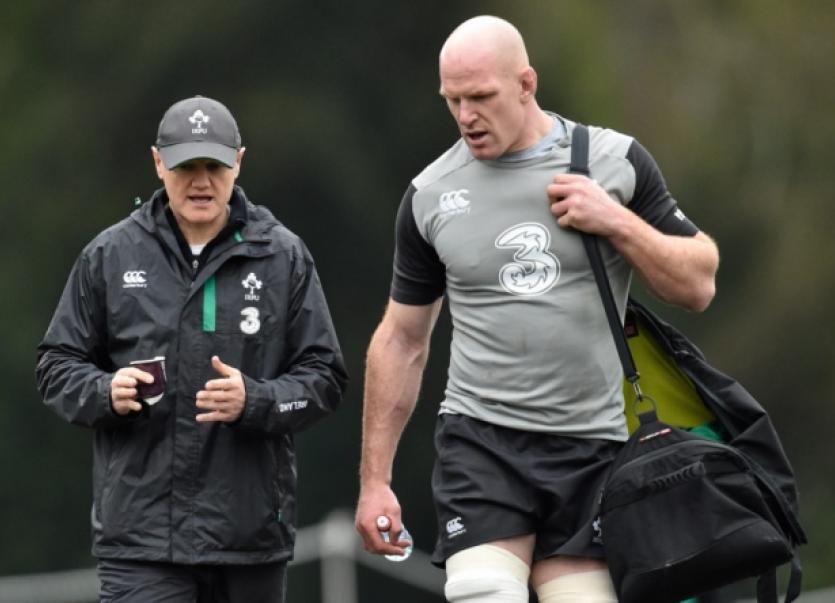 FOUR Munster players have been selected to start for Ireland in Saturday’s crunch RBS 6 Nations Championship clash with France at the Aviva Stadium, 5pm.

FOUR Munster players have been selected to start for Ireland in Saturday’s crunch RBS 6 Nations Championship clash with France at the Aviva Stadium, 5pm.

Paul O’Connell will captain the side from the second row and Munster’s talisman will be joined in the starting XV by back-row colleague Peter O’Mahony, scrum-half Conor Murray and winger Simon Zebo.

Munster full-back Simon Zebo has been listed among the replacements for the French clash in Dublin. However, there was disappointment for out-half Ian Keatley and Tommy O’Donnell, both of whom started in Ireland’s win over Italy in Rome last weekend, but have been left out of Joe Schmidt’s match-day squad for Saturday.

A number of Munster players not included in the matchday squad for Saturday’s 6 Nations clash are likely to be released back to Munster and look set to feature in Saturday’s crucial Guinness PRO12 clash with Cardiff Blues at Musgrave Park, 7.35pm.

Johnny Sexton, Seán O’Brien and Jamie Heaslip have all been recalled to the Ireland team for their second round clash against France this weekend.

Jamie Heaslip and Johnny Sexton are introduced to Ireland’s starting line-up which sees two changes to the team named to start against the Italians. Captain O’Connell is partnered in the second row by Devin Toner. The front-row is made up of Jack McGrath, Mike Ross and Rory Best.

The fit-again Jamie Heaslip joins Peter O’Mahony in the back-row alongside Sean O’Brien. Limerickman Conor Murray and Johnny Sexton are reunited at half-back. Robbie Henshaw and Jared Payne are the midfield partnership. The back three sees Rob Kearney flanked by Tommy Bowe and Zebo.

Ireland’s fixture against French will be followed at the Aviva Stadium by the Club International fixture between the Ireland Club Side and their French counterparts. The Kick-off for the Club international takes place at 8pm.