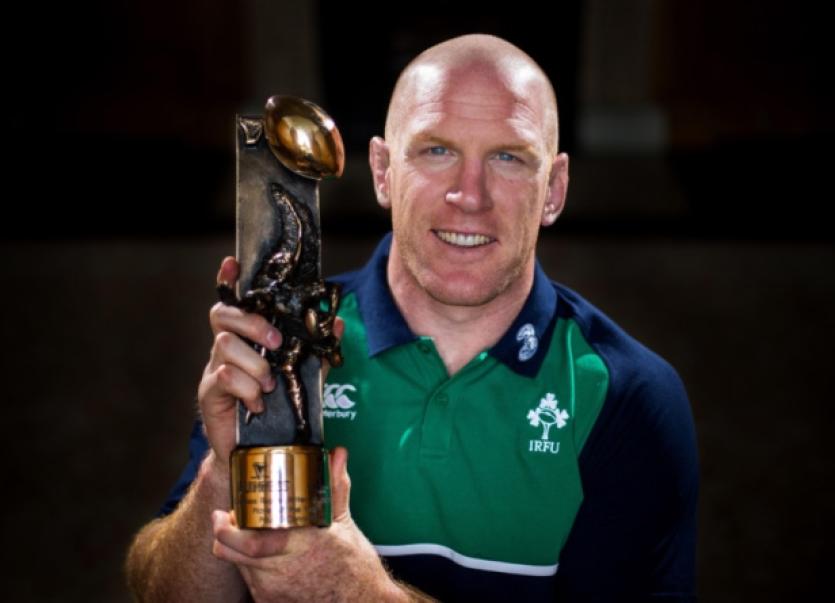 TOULON-BOUND Paul O’Connell is keeping an open mind on whether he will get involved in coaching once his decorated playing career is over in the coming seasons.

TOULON-BOUND Paul O’Connell is keeping an open mind on whether he will get involved in coaching once his decorated playing career is over in the coming seasons.

Ireland captain O’Connell, who was announced as the 2015 Guinness Rugby Writers Player of the Year for the second time in Dublin last night, is currently preparing with Joe Schmidt’s squad for his fourth World Cup experience.

O’Connell said: “It [coaching] does appeal to me sometimes, other times not so much. It’s a very tough lifestyle and very hard to balance if you’ve got a young family. I think that’s the biggest challenge of the job, it does interest me and I’ve a little bit of playing in me yet.

“I’m getting closer and closer all the time and I’m preparing for it [retirement], when you get into your 30s it’s something you’ve got to keep thinking about but I wouldn’t say I’ve made any hard and fast decisions yet.”

O’Connell, who joins French Top 14 side Toulon at the end of Ireland’s World Cup campaign, said he is excellent shape, both physically and mentally.

“I feel great. Physically, I feel fantastic. To accumulate pre-seasons back to back is important, I haven’t had an injury in a while and this is my third preseason in a row and I’ve played pretty much 24, 25 games across the last three seasons so you’re always accumulating fitness and getting better and stronger.

“Mentally, I feel great. I’ve been up in camp getting full night’s sleep away from the kids which is great! I’ve been well looked after and well managed so I feel great.”

O’Connell is confident Munster have the team leaders, including the likes of fellow Irish stars Conor Murray and Peter O’Mahony to remain ultra-competitive in his absence.