Munster’s CJ set to stand up and deliver 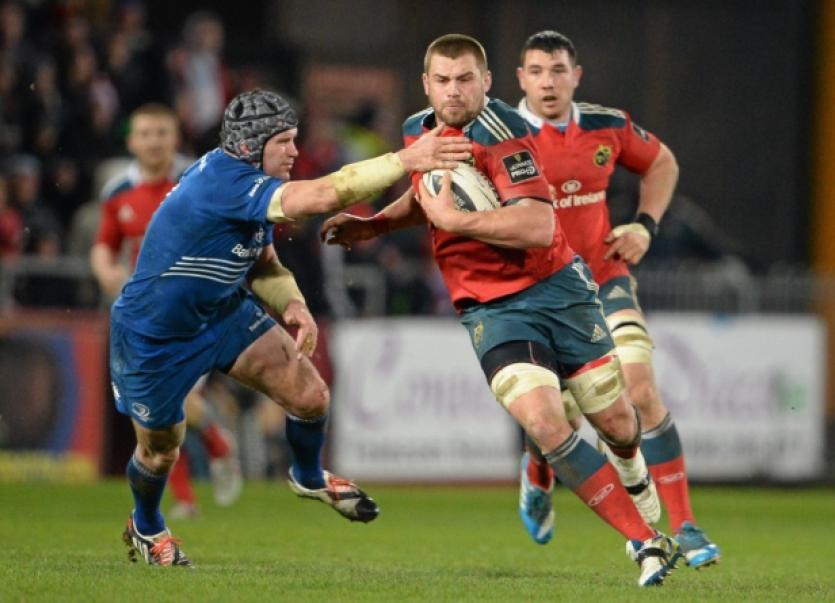 MUNSTER back row CJ Stander is relishing the chance to pit his wits once more against Aviva Premiership giants Saracens in their make-or-break European Champions Cup tie at Allianz Park on Saturday, 1pm.

MUNSTER back row CJ Stander is relishing the chance to pit his wits once more against Aviva Premiership giants Saracens in their make-or-break European Champions Cup tie at Allianz Park on Saturday, 1pm.

Stander turned in a Man of the Match performance in Munster’s bonus point Guinness PRO12 win over Zebre in Parma last weekend.

Munster’s round five clash with Saracens this weekend is live on BT Sports. Anthony Foley’s side complete their Pool 1 fixtures against Sale Sharks at Thomond Park on Sunday, January 25.

Munster need to win both of their remaining two pool fixtures to maintain their hopes of making it through to the quarter-finals of Europe’s premier club rugby competition.

CJ Stander said: “It is good to get a win (v Zebre) before the Champions Cup. It is cup rugby next weekend and the weekend after that, so we have to win the game coming up after this.

“We have to rest up between now and Saracens. They played Friday night, so they have got a few days on us as we travelled back from Italy.

“It’s just getting our bodies ready for the big match at the weekend, work hard, put our heads down and work hard. With the small mistakes we made against Zebre, we need to get better but we did good.

“It is cup rugby for us in Europe. We have to win the next two games. Saracens are a great team and they play great rugby. That bonus point against Clermont is important – at the end of the day any point is good for you.

“We are going out there to play our game and at the end of the day win the game. If we don’t win that game we can say goodbye.”

Stander agreed that the return of both winger Keith Earls and prop James Cronin to competitive action against Zebre was a big boost, ahead of the side’s two make-or-break European Champions Cup fixtures.

“They had a great impact,” Stander said.

“They came on in the second-half, they brought that flair. Jamesie (Cronin) in the scrum, he is a strong scrummager. Earlsy to have him back it is good.

“You look around and you see Earlsy (Keith Earls) you know he is a magic man. It is good to see him back. It has been a long road for him and I am delighted for him.”

Munster head coach Anthony Foley said the province had produced the performance they needed against Zebre in ‘bits and pieces’.

“It is going to be a huge game for us against Saracens and it is important that we are going over there in the right frame of mind and give ourselves a chance.

“(Against Zebre) we wanted to get momentum back after the Sportsground loss. We felt that we needed to get a performance in – we saw that today in bits and pieces.”