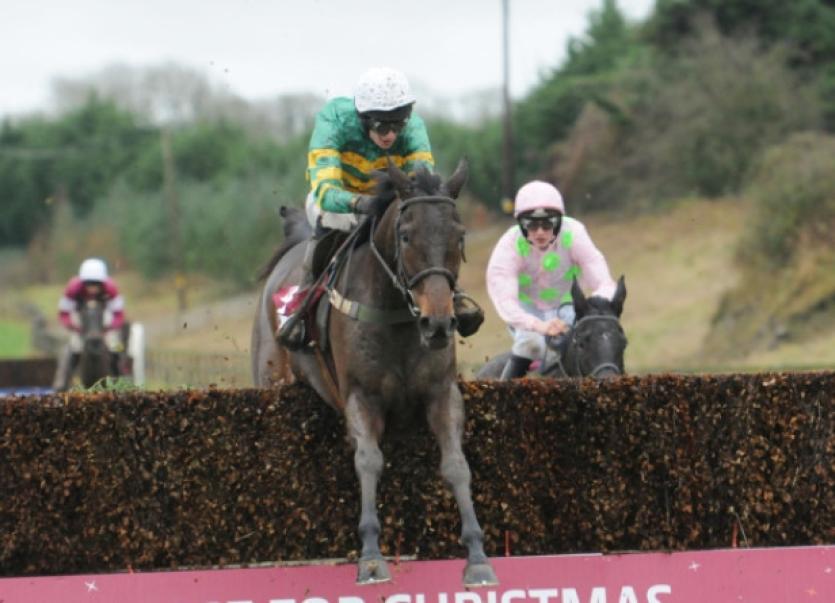 Limerick-based trainers Enda Bolger and Eric McNamara were the toast of punters as both saddled impressive winners on St Stephen’s Day at Greenmount Park.

The attendance of 9,105 was more than 200 up on last year, but the number of racegoers attending on the opening day would surely have been significantly bigger but for the wet conditions which prevailed throughout the day.

The feature race on the opening day, the Grade 2 Shannon Airport Novice Chase was won by Gilgamboa, trained in Bruree, Co Limerick, by Enda Bolger for leading owner JP McManus.

7/4 favourite Gilgamboa produced a highly impressive display in the testing conditions to win by a whopping 24 lengths and is now as short as 8/1 with the bookies for the Racing Post Arkle Chase at next March’s Cheltenham Festival.

Punters got the festival off to a winning start when Rathkeale handler Eric McNamara sent out Irish Bulletin, also in the colours of JP McManus, to win the opening Maiden Hurdle in the hands of Mark Walsh. 11/8 favourite Irish Bulletin proved three lengths too good for runner-up High In the Clouds.

Elsewhere, Cullen, Co Tipperary-based trainer Eamonn O’Connell, who has strong Limerick ties. saddled Captain of the Fleet to win the Signsplus Hurdle in the hands of his son Eoin, who rides out at the Ballingarry. Co Limerick, stables of Charles Byrnes a couple of days a week.

Racing continues at Limerick Racecourse until Monday, December 29. The first race each day is due off at 12.30pm.