Foley wants Munster to avoid dose of away day blues 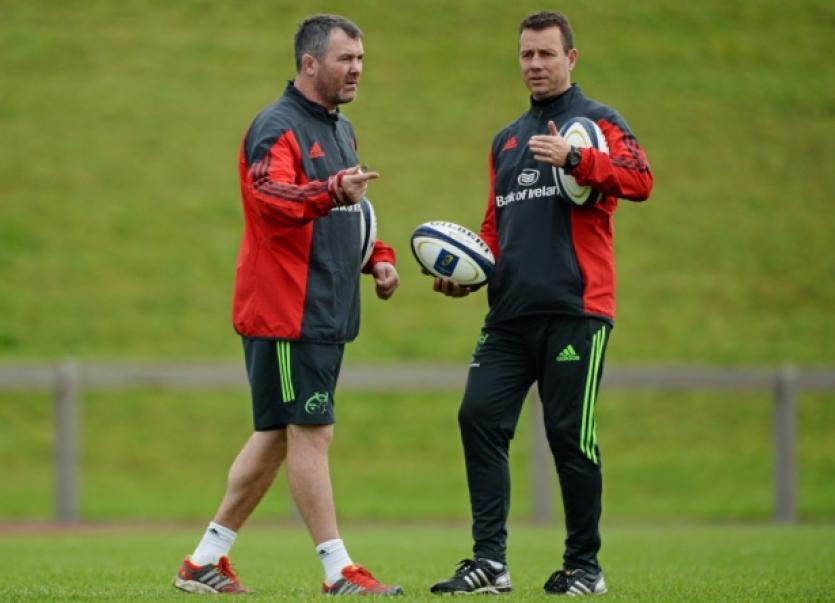 MUNSTER head coach, Anthony Foley is hoping the province can learn from the away day blues suffered from shocks defeats in their opening European Cup fixtures for the past two seasons.

MUNSTER head coach, Anthony Foley is hoping the province can learn from the away day blues suffered from shocks defeats in their opening European Cup fixtures for the past two seasons.

Under Rob Penney, Munster lost their opening round fixture away from home to Racing Metro in 2012 and Edinburgh in 2013 leaving the province to face an uphill battle in order to qualify for the quarter-finals.

Current head coach Anthony Foley will be determined Munster avoid a similar fate when they face Sale Sharks at the AJ Bell Stadium this Saturday (1pm) in their maiden outing in the European Champions Cup.

Foley said: “We are just taking everything into stock in our preparation, what we are doing physically, how are doing off the pitch, what way we are training coming into it. Trying to hit the hit, make sure we are hitting the ground at the right time, getting our game up to speed, with a 1pm kick-off, making sure that our preparation for a 1pm kick-off is as it is.

“We know that it is not a shock. We talked about it to the boys that 7.30am can’t be the first time on Saturday morning they have breakfast this week. They need to have four or five times during the week. They have be used to eating at that time, holding down the food and being able to train on the back of it. “

Munster have a major injury concern over hooker Damien Varley who saw a specialist in London yesterday in relation to a foot injury. Foley said: “We’re waiting on our doctors and the specialist to form an opinion on where to go to next and I’d imagine that will be done in the next couple of days.”

Felix Jones trained fully with the squad at UL yesterday, while Andrew Conway, Duncan Casey and Tommy O’Donnell did modified training. Paul O’Connell did ‘rehab running’ at the squad session. Peter O’Mahony has been suffering with ear ache, but trained fully yesterday.

Foley added: “I can say this since I have been involved in this competition at the start, you get what you deserve out of this competition. You slip up one day and you will be turned over.”